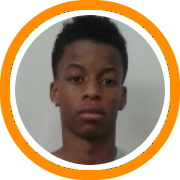 Thompson had unofficially visited their campus nearly ten days ago along with teammates Damon Gomes and Eamon Joyce.

A two sport star who also stands-out on the grid-iron for Hyde, Thompson utilizes the same powerful athleticism to thrive on the hardwood.

He’s coming off a big junior season for the Wolfpack, helping them advance all the way to the championship of the NEPSAC Class C tournament and earning second team All-New England honors.

Since that time, he’s sought out every opportunity to prove himself and now it’s paying off.

He played well at the Elite 75 College Showcase in June and followed that up with a strong showing at the Hoop Mountain Super Week camp. It was more of the same in August when Thompson was one of the standouts at the BallasTV showcase.

Here are some recent highlights of Thompson’s game care of RI Affiliated and Ballas TV: