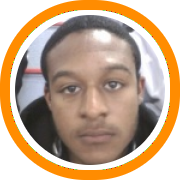 Isiah Wallace – The team’s Most Valuable player did his usual deal to lead the way.  He really shot the three-point ball well this weekend and also converted a last second runner to beat IMG.

Stacey Waters – He had a very strong performance…one of his best in recent memory.  He was very effective with the ball in transition and appears to have gotten much stronger and tougher than when he first arrived in New England in September.

EJ Jones – While Jones doesn’t do any one thing well enough to jump out at you, if you watch closely enough you realize he is a jack of all trades.  He brings a lot of the little things to the table including his unselfish approach to the game, a high basketball I.Q., and a clear scholarship level body.

Cervante Burrell – Good things come in little packages guard continued to be efficient on both ends of the floor.  He pushed the ball in transition, made shots from behind the three-point line and off the dribble, and did a nice job guarding the ball on the opposite end of the floor.

Hamid Ford – He caught the attention of many on-looking college coaches with his inspired hustle and a variety of good decisions as he scored and passed the basketball.

Nikko Acosta – Another weekend with no signs of knee problems should help to alleviate concerns over old injury.  He finished strong inside with numerous dunks throughout the weekend and is a definite scholarship level player.

Sean Rooks – They lefty from Florida had a very positive first experience playing AAU.  His good size (6’6”) and smooth stroke is enough to merit watching on scholarship level with continued development.