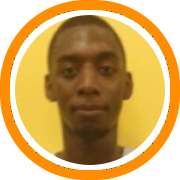 Beaver Country Day big man Jacquil Taylor made a verbal commitment to Purdue University following an official visit to the school this weekend, his father confirmed to the New England Recruiting Report.

The mobile six-foot-nine big man looked like a prospect poised to explode onto the recruiting scene before suffering a Lisfranc fracture, or displacement of a bone in his foot, in late January.

The injury not only ended his high school senior but also kept him out of the ensuing grassroots season after needing two surgeries and countless hours of rehab.  Consequently, he was a big man still flying below the national radar.

Purdue was intent to keep it that way and picked up the commitment only weeks after Taylor had cut his list to just four schools.

Even now, Taylor has only recently returned to the court and yet to regain all of his explosiveness and timing.
Nevertheless, the upside is very clearly still there as he literally improves by the day and shows more signs of the player who would have inevitably landed high-major recruitment across the board had he been healthy this summer.

Purdue isn’t just getting an under-the-radar big man, they’re getting a potentially versatile frontcourt product capable of impacting the game on both ends with his ability to run the floor, block shots, and evolving offensive skill set.

Below are some of Taylor’s highlights from a year ago, care of Next Best Basketball: