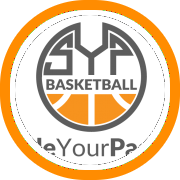 Following a succesful college career at Florida Gulf Coast and Chaminade University, Christophe Varidel returned to his native Switzerland and decided to give back to the youth basketball system.

He's done so by founding the Stride Your Passion Exposure Tour. "SYP" provides Swiss players the opportunity to train in the United States for several weeks in the summer, compete in the NCAA live periods, and earn exposure to college coaches.

The program is run at Worcester Academy, where Varidel did a post-graduate year prior to his college career, and has produced the likes of Toni Rocak and others in the last few years.

Here's a look at some of the top prospects we saw:

Noah Fruh, 2020 - Fruh is the program's best 2020 guard. He's well-built with a strong body, good lateral speed, and the ability to both get by people off the dribble and keep opposing ball-handlers in front on the defensive end. A combo-guard who is equally dangerous on or off the ball, he handles and passes well and is also a consistent threat with his jumper.

Yafet Haile, 2020 - The 6-foot-8 big man has a frame and motor that will immediately standout to college coaches. Beyond that he owns soft hands and touch over both shoulders, a post game with his back to the basket, and a developing passing instinct.

Achile Spadone, 2021 - Reportedly already considered one of the top young prospects in Switzerland, Spadone lived up to his reputation in our first viewing. He has good positional size for the backcourt at 6-foot-3, is a developing athlete, and owns a well-rounded skill set. He shoots it very well from three, plays pick-and roll with vision, and can finish plays himself at the rim.

Axel Tshimini, 2020 - Tshimini is arguably the best athlete in the program. The 6-foot-6 forward plays above the rim, has a combination of strength and speed that should provide him defensive versatility, and can also stretch the floor to the three-point line.

Moritz Schneider, 2021 - A baby-faced late-bloomer, Schneider is 17 years old but not yet physically mature. Once he grows into his body his game might realy click though because he has great size on the perimeter at 6-foot-4, a smooth skill set, and a natural feel for the game.

Matt Aebersold, 2020 - A high-level shot-maker who was arguably the most dangerous three-point threat in the camp, Aebersold has both a quick release and the ability to make shots spotting up and on the move. While he's a 2020 prospect, he's also open to coming to the U.S. for a post-graduate year and becoming 2021.

Eliott Spadone, 2020 - Spadone is a heady wing who knows how to use his body, has a high basketball I.Q. and good understanding of the game. He could also be available in the current 2020 recruiting class.

Thomas Hochstrasser, 2022 - With good perimeter size at 6-foot-5, an instinctive knack for scoring the ball, and understanding of how to utilize his body, Hochstrasser has a variety of natural tools that could allow him to play at a scholarship level if he continues to develop in the coming years.