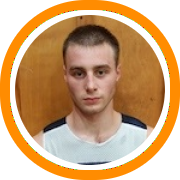 The quality of the competition continued to rise throughout the afternoon and evening as pool play started to give way to bracket play. Here’s a look at who impressed:

Troy McLaughlin, NY Falcons – The incoming Choate post-grad put up big numbers in the Falcons’ first game of the day, scoring in bunches while attacking aggressively in the open floor, showing his pull-up game, and utilizing his body control at the rim.

Adam Traore, Riverside Hawks – He was a sparkplug in a hard fought opening victory as the Hawks knocked off the Falcons before advancing to the gold bracket with a subsequent win over BV Chaos. The powerful lefty is highly versatile and match-up problem all over the floor.

Jon Perez, LOX – Down double figures with five minutes to play, LOX came storming back to take a win over MAC and advance to the gold bracket. Ty Nichols and Juwan Gooding carried the team in the first half, but Perez made huge plays down the stretch to help them pull out the win.

David Giribaldi, Boston Warriors Black – Arguably the best returning scorer in the MIAA, the pride of Andover proved himself against the highest level competition when the Warriors battled New Heights. He was most impressive in the mid-range area, showing just enough fade to get his pull-up with only the slightest bit of separation.

Marvin Prochet, New Heights – The versatile big man had it going inside and out. He’s got the big and strong body to produce inside but was also extending his skill set consistently to 18-20 feet. New Heights won big in both of their pool play games and looks like a favorite heading into bracket play.

Chris Hudson, Maine Athletic Club – He’ll be a new addition to the NERR prospect database after his showing this weekend. He’s a bouncy lefty who finished quickly around the rim but also showed a nice face-up touch as a stretch type forward.

Kealen Ives, Metro Boston – The Rhode Island native, who was boasting a beefed up physique, is well known as a floor general, but he proved his ability to create his own offense on Saturday, making a series of shots and plays alike while leading Metro out of pool play.

Roy Kane, TMT – One of the most versatile players in the entire field, Kane has the size and strength of a frontcourt player but once again demonstrated his ability to handle and facilitate like a guard. He’s smooth off the bounce and able to go through contact on his way to the rim.

Eddy Polanco, Team Price – He’s a shot-maker on the wing who had a big senior season for WHEELS (NY), leading the team in scoring. He scored in high volume on Saturday, making an assortment of shots, while also showing an instinct for passing and making good decisions.

Tremaine Frasier, USAD – A wiry and athletic guard, Frasier is quick to the ball on both ends of the floor. He was scoring off the bounce while showing his bounce and floaters at the rim. His aggressive style was also earning him free point at the free-throw line.

Devin Liggeons, Team Philly – The six-foot-three swingman is one of the unsung heros for this talented and successful Team Philly squad. He’s got a full assortment of physical tools along with a solid foundation of skill with his ability to make threes and pull-ups alike.

Rodley Adjei, CT Roughriders – He went for a team high 17 points on a combination of threes and free-throws. He’s a very good rhythm shooter from behind the arc, but was also able to create contact and get himself to the free-throw line where he converted at a high rate.

Joe Saba & Davis Smith, BV Chaos – They formed a tough interior tandem for Blackstone Valley. Saba showed versatility in the post along with a high motor while Smith made a quicker adjustment back to competition than most expected after being out the last several months with a broken leg.

Isaiah Mucius, Team Scan – He’s just an 8th grader but you wouldn’t know it from watching the product on the court. Scan was playing up two age groups in the 10th grade division and yet Mucius’ physical tools and long-term upside were still overwhelming.

Adam Litwinko, CT Passion – He was able to impact the game in many ways as his hustle was contagious. Litwinko was also hit some outside shots as CT Passion easily beat MABC.

Will Jesup, MABC – He was a competitor on both ends of the floor. In the first half he slashed to the basket for easy hoops and in the second half showed off his perimeter game as he hit a pair of three-pointers.

Kyle Alman, Boston Titans - Alman was the driving force in the win over CT Hoopstars. He showed off his fantastic handle and ability to finish at the rim. He also caused havoc with his speed and wingspan on the defensive end causing multiple turnovers.

Brad Landry & Cam Powers, CT Hoopstars – This backcourt tandem kept the Hoopstars in their game showing collective speed and long-range shooting alike. Both could splash long jumpers in bunches and were consequently able to take advantage of long close-outs.

Kevin Saylor, New Heights - The athletic swingman left his mark on the game, making aggressive drives to the rim and then showing the ability to play above the cup in traffic.