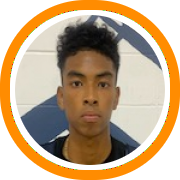 Mosaku is a Japanese native in his second year in the United States.

“Dee” played on the school’s varsity team a year ago before earning a spot with the prep team this year. He’s improved exponentially in that time and led the Chancellors in scoring on more than one occasion this fall.

“He is a wonderful kid and epitomizes the student-athlete,” said STM head coach Jere Quinn. “Talk about a kid who has taken chances in his life, he left his home country to come play in the United States. Not too many kids of Japanese heritage pull this off, but he did. I’ve been fortunate to send a lot of kids to that league and he’s as good as any of them. He’s a diligent worker, shows great initiative, and is just beginning to figure out how good he could actually be. I’m excited for him, his family, and the Slam Dunk organization that helped get him over here.”

A long and athletic guard, capable of playing multiple perimeter positions and impacting the game on both ends of the floor, Mosaku becomes the 4th member of STM’s 2021 class to commit to a college basketball program.