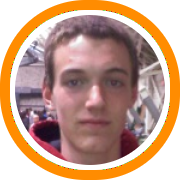 Bangor high school’s six-foot-seven forward Patrick Stewart will be staying close to home for the next four years after making a verbal commitment to Colby College.

Maine MAC head coach Carl Parker confirmed Stewart’s commitment earlier this week and said it was a good get for the local NESCAC school.

“I think Colby is very fortunate to get him,” Parker said.  “He’s a real competitive kid who does all the little things that make a team better.”

Another Maine native also finalized his college plans this week when Cam Shorey made a verbal commitment to accept a full football scholarship at the University of New Hampshire.

Shorey began his career at Calais High School before transferring to Phillips Exeter Academy where he has starred in both football and basketball.

A powerful athlete with notable talents in both sports, Shorey reportedly chose UNH over other football offers from Maine and Villanova.