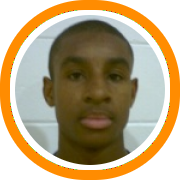 The NEPSAC finals lived up to the hype as it was an extremely exciting day of basketball with numerous storylines.  The atmosphere was electric all day long as the Endicott gymnasium was filled with various student sections from each participating school.  But ultimately what made the day so entertaining was the action on the court as we saw five well played games, a dramatic finish in class A, and some dominating performances by a few players.

It turns out the third time was not the charm for St. Luke’s who fell in the class D final for the third time in as many years.  Senior Zach Dugas did everything he could to prevent the outcome as he played an outstanding second half to help St. Luke’s battle back from a double digit deficit to take a three point lead with just under four minutes to play in the game.

But ultimately St. Luke’s couldn’t match the depth of Hyde, especially in the paint, as their size and athleticism proved to be the difference down the stretch.  Tywon Clark, a powerful junior guard received the MVP award for Hyde.  Another junior Jovan Smith also played very well in the victory as the athletic swingman showed his versatility by getting to the rim and making shots from the perimeter.

The game may have been a different story had St. Luke’s had 6’9 Devin Hill in the middle.  However, the DePaul bound big man is said to have quit the team three weeks ago after a disagreement with the coach.  Unfortunately for his teammates that selfish act may have cost them a championship.

On a day that was full of star performances, no one was better than Erik Murphy.  The normally stoic junior forward played with a ton of emotion from the time he began warm-ups with a through the legs dunk to the time the final buzzer went off and the St. Mark’s student section chanted “Erik Murphy, Erik Murphy”.  While he is always a terrific player, it turns out he is virtually unstoppable when playing with a little bit of a mean streak.

The future Florida Gator was doing it all, especially in the second half, as he scored almost every time he touched the ball in the paint despite being double and triple teamed immediately.  But equally impressive was his play on the defensive end as he came up with three blocked shots early in the period to help fuel his team’s decisive run.

And while Murphy’s MVP performance was certainly the story of the game, it would be a misrepresentation of St. Mark’s dominant performance to make it seem like a one man show.  Instead, Head Coach Dave Lubick’s team stayed disciplined throughout the 32 minutes of action and got contributions from a variety of players.  Nate Lubick provided an early spark as he knocked down a three, scored and rebounded on the interior, and made several impressive passes.  Dave Johnson has clearly matured quite a bit as he ran the team to perfection while Pete Kaasila was productive in the post, Russell Braithwaite slashing through gaps in the defense, and Brian Grossman making key “little plays” on both ends of the floor.

Lawrence Academy was led by Darryl Cato-Bishop who may play harder and with more physicality than any other player we have seen this year.  But unfortunately for LA they couldn’t get into an offensive rhythm and consequently began forcing shots instead of sharing the ball the way they did at URI’s NPSI a few weeks ago when they knocked off two class A teams.

It was the story of two different halves as the first 16 minutes was grinded out at a slow pace that resulted in a 25-24 point advantage for Tilton going into the locker room.  The second half was the type of free flowing transition game that the fans were hoping for as the teams combined for 86 points.

The game was going back and forth down the stretch with both teams seemingly scoring at will.  But the key sequence began at just under the three minute mark when Tilton scored to take a 61-57 lead and got a stop on the other end.  On their next possession Dave Aquilino drained his fifth three-pointer of the day while being fouled to earn a four point play and give Tilton a 65-57 lead with 2:30 left on the clock.  Although Marianapolis would score the game’s next four points, the eight point deficit proved too much to overcome.

Jamal Coombs took the MVP trophy with 29 points and 16 rebounds.  But what was most impressive about his performance was the way he orchestrated his attack as he first established himself on the inside before extending himself to the perimeter.  In fact, he spent the majority of his minutes at the high post against Marianapolis’ zone defense.  He was a monster on the glass, especially in the game’s opening minutes, and determined to get to the rim instead of settling for the jumper.  Late in the game, after having already worked himself into a good rhythm the UConn bound swingman drained consecutive three-pointers.  Alex Oriakhi was also doing his thing on the interior as he scored 15 points including 5 thunderous dunks, pulled down 14 rebounds, and blocked 4 shots.  Jamal Turner and Dominic Scurry made the most of their opportunities as they were efficient on both ends of the floor.  Turner deserves an extra amount of credit as he sacrificed his own offense all year long for the betterment of the team and was eventually rewarded with a title.

Marianapolis got big contributions from Rueben Cabrea and Nikoal Vukadinovic.  Cabrea was the spark plug down the stretch as he was very active on the offensive glass and able to get himself open and consistently finish quickly inside before Oriakhi could elevate to block his shot.  Vukadinovic was deadly from behind the arc, especially during a four minute stretch in the first half when he knocked down three consecutive long range bombs to cut into Tilton’s early lead.

The final game of the day left nothing left to be desired as it was a match-up for the ages.  In an extremely entertaining game Winchendon fought back from a 14 point second half deficit to take their first lead of the game on an Anthony Raffa pull-up with under four minutes to play.  On the next possession Trey Blue nailed a three-pointer to regain the lead for Brewster 52-50.  This sequence would become common down the stretch as Raffa and Blue made big play after big play for their respective teams as the lead went back and forth through the final three minutes of regulation.  For Raffa it was a series of mid-range pull-ups and a spinning lay-up with about 45 seconds left in the game.  For Blue it was two dagger three-pointers, including one at the end of a diagrammed play coming out of a time-out, and a huge steal at the defensive end.  Ultimately, the first 40 minutes came down to a single possession as Brewster had a chance to win the game with the score tied at 57.  But when a Mark Lyons three-point attempt hit the back of the rim the game was sent to overtime.

The first crucial play of the extra period came with 2:30 left on the clock when Anthony Crater found Kellen Thornton alone under the basket.  Thornton was able to lift Romeric Lasme with a short shot fake before crashing into the Winchendon big man to earn the three-point play.  Not only did this give Brewster a 63-59 lead, but it also fouled out Lasme who had played a tremendous game to that point showing off his athleticism and perhaps most importantly battling Emmanuel Negedu inside.  But Winchendon would still not quit as consecutive transition baskets by Raffa and Larry Anderson evened the score at 63 heading into the game’s final minutes.  That is when Negedu took over.

On Brewster’s next possession Negedu tracked down a long offensive rebound coming off a missed three-point attempt, when his put back attempt from 6 feet bounced off the rim he again chased down the offensive rebound and converted his second put back to give his team a 65-63 advantage.  But Raffa made yet another play on the offensive end, earning a trip to the foul line where he evened the game at 65.  Now, with under 30 seconds left to play, Brewster looked for their big man.  Negedu was able to get open on the right block, took a power dribble through the lane, and simply muscled the ball into the basket to give Brewster another 2 point advantage.  With 9 seconds left in the game Winchendon had one final chance to tie the score.  Raffa caught the ball about 25 feet from the basket and began to put the ball on the floor and attack.  But Trey Blue rotated off his man, got his left hand on the ball to knock it away, collected the loose ball, and threw it ahead to Mark Lyons for a break-away dunk that sealed Brewster’s Class A title 69-65.

Ultimately it was a tremendously hard fought and well played game by both teams.  While numerous players shined on both sides, at the end of the day Anthony Raffa, Trey Blue, and MVP Emmanuel Negedu all came up with late game heroics to make this a memorable finish to the NEPSAC season.