Stars of Tomorrow  Wrap Up 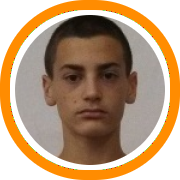 After a great weekend at Brandeis that saw many of New England’s youngest stars compete against one another, here is what we learned from Elite 75 Stars of Tomorrow Camp:

• New Hampshire has some very good up-and-coming talent. Led by Matt Glassman, who was spectacular this weekend in a number of ways, the future of Granite State basketball is bright. Along with Glassman, Jack Zimmerman was also one of the best players at camp showing off a skillset and feel for the game far beyond his years. The third NH player who put on a starring performance was Jake Coleman. He has grown a ton in the last year, and now his length combined with his pure jumper and tight handle make him one of the best long term prospects in the Class of 2017.

• The United Sons & Daughters (USAD) AAU Basketball Program has a very impressive group of rising freshman that should continue the organizations proud tradition. While their 17u team won the Basketbull Summer Championships down in New York this past weekend behind the efforts of Isaac Vann, Schadrac Casimir, and Brandon Wheeler, the younger three headed monster that is Alex Preston, Justin Seideman, and Freddy Schaake was also great at Brandeis. Preston dominated the interior and was perhaps the best long term prospect at camp, Seideman used his length at the guard spot to make plays for himself and others, and Schaake did a little bit of everything using his strong frame to affect the game in a number of ways.

• While the state of Maine may have not had a great number of players at camp this weekend, Justin Guerette did a great job of representing the state like it deserves to be represented. The strong and physical wing is a flat out workhorse who took full advantage of every workout and opportunity to get better. From a basketball game standpoint, Guerette bullied smaller defenders and finished around the rim. He has developing perimeter skills that in time could make him a very good player.

• The game of the weekend was a Sunday quarterfinal match-up that saw Brandon Hurst take on Jakigh Dotlin in what became a thrilling back and forth affair with both of the two young stars making great play after great play. The game ended up going to quadruple overtime, and while Brandon Hurst got the last laugh with his team winning 79-77, it should not take away from the show Dotlin put on. Dotlin nearly willed his team to victory by literally scoring almost every time down. Whether it was off of a great drive, pull-up three, or offensive rebound, he found a way to score to keep his team in the game. For Hurst, it was the same old routine that he used all weekend. He made plays in transition, weaved through the defense for chances at rim in the half court, and found teammates for easy looks with spectacular passes. Both players have bright futures ahead of them and it was fun to watch them battle it out on the court.

• While it was the first year for the Elite 75 Stars of Tomorrow Camp, there is no doubt that it could become the annual spot where New England gets its first look at some of its best future prospects. A spectacular event ran by the members of the Zero Gravity staff, a number of players at camp told their coaches they are already excited about next year’s event.