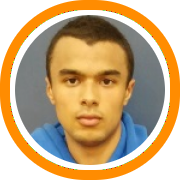 The Gators scored a huge win on Sunday morning, knocking off the dragon slayers from Canada. Four different players scored at least 8 points, led by Mark Gasperini with 11 and A.J. Reeves with 10. The weekend was an obvious success for Gasperini, who scored his most recent offer from Brown and generated additional interest from a variety of other division I programs. Reeves also showed flashes of why he is considered to be one of the top prospects in New England’s freshman class. Champlain was led by Tae Tijani Umar with 14 points.

With senior center Christian Wilkins still on his official visit to Ohio State (football), Suffield was again short-handed on Saturday but nonetheless determined to put forth a quality effort. They did just that as they fought a talented Blair team tooth and nail before eventually giving up the hard-fought decision. With Notre Dame’s Brey in attendance, Irish signee Elijah Burns tallied 19 points while Connecticut native Matt Turner dropped 20, showing his length and growing skill set. The Tigers were led by Juwan Anderson who rattled off five quick threes to spark a second-half run before finishing with 19 points. Garrett Stephenson was equally impressive inside, showing a soft touch on his jump hook to finish with 16.

Kent proved themselves a program to be reckoned with this season in Class A, scoring an impressive win over a Tabor program that is always among Class A’s best. Jamal Lucas continued to show well, turning in his second strong performance in as many weeks by scoring a team high 16 points and continuing to spark the aggressive Kent defense. Stephon Sharp had his best outing to date, finishing with 15 while showing his complete floor game. Jesse Bunting showed off an expanded offensive arsenal for Tabor, not just finishing around the rim but also mixing in some mid-range jumpers and moves with his back to the basket. Southpaw sniper Andrew Jacob drilled three from deep to finish with 11 points.

NMH returned to Babson intent to make a statement following Saturday’s buzzer beating loss and ended up putting together one of their best offensive outings in recent memory. They were absolutely on fire from behind the three-point line. Jackson Donahue got things going from deep in the first half and continued right through the second, finishing with 8 triples and 26 points. A.J. Brodeur was impressive for the second consecutive day, making a living on short bank shots to the tune of 23 points, and picking up an offer from Notre Dame in the process. Ian Sistare and Chris Sullivan got it going from deep as well, combining for six more three-pointers and 32 points to fuel the offensive attack. Ray Jerome and Josh Ajayi both starred for Cheshire. Jerome got going from behind the arc in the first-half and then gradually began showing off his athleticism while Ajayi showed brute force and fancy footwork alike on the inside while also stretching his game to the perimeter. They both finished with 22. Tyler Hamilton added 11 and picked up an offer from UPenn in the process.

GFA came into the game without sophomore big man Sunday Okeke, who has been sidelined early this season with a sprained back, and Choate showed no Mercy, catching fire from behind the three-point line to take a 22 point lead into the half. Troy McLaughlin and Sam Victor each had 16 points for Choate, both combining deep jumpers with strong slashes, while Brendan Hughes buried four three-pointers. Ken Opamuratawongse did a nice job making plays off the dribble while Trevor Dow anchored the interior. Jim Djema and Zach Baines led the way for GFA with 14 points each. Djema showed some playmaking ability to match his well-known shooting stroke while Baines showed flashes of why Middlebury fans are so excited to have him in the NESCAC.

Playing without their floor general, Eric Alperin, Andover was missing the orchestrator who typically runs the show and was never able to get much going offensively. Credit the KUA defense that played tenaciously for all 36 minutes. Offensively, Crew Ainge set the tone from the get-go, picking his spots and making fearless drives to the rim to score 19 of his game high 21 points before halftime. Kahlil Garnes provided a solid offensive weapon for the second consecutive day, finishing with 14 points, while Charlie Williams provided some more subtle contributions along the frontline with his active big body.