Saturday at the Phillly Jam Fest 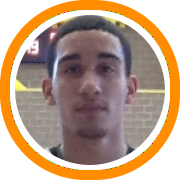 The Hoop Group’s Philadelphia Jam Fest has played host to hundreds of teams this weekend, while showcasing some of the premier talent from the northeast region and far beyond.

New England has been well represented with a number of programs in action, a number of whom were making headlines on Saturday.
In the u17 division, Goodluck Okonoboh’s defensive dominance was something special to behold as he turned away shots with incredibly athleticism and frequency throughout the day.  The Rivals scored a win over the Jersey Shore Warriors to earn a spot in Saturday’s quarterfinal round.  Kaleb Joseph continued to be a major spark plug offensively while Sammy Mojica’s playmaking, Matt Cimino’s long range shooting, and Mike Auger’s toughness were all crucial components to their success.

Two weeks after defeating Team Scan and making a run to the finals of the Northeast Hoops Festival, Connecticut Select was again making waves this weekend.  They came within seconds of knocking off D.C. Assault in a late night Round of 16 match-up on Saturday.  Despite the 63-60 loss, the weekend has still been a major success for a number of Select players, most notably Chaise Daniels, who has had college coaches buzzing all weekend long.  Jordan Butler was also very impressive inside the lane while Chan Williams-Bey, Walter Wright, and Raiquan Clark all took turns standing out at various opportunities.

The other team still alive in the u17 division is ECE Mass, which got good production out of Kerem Kanter and Aaron Calixte on Saturday.  Kerem continued his hot spring by putting another big point total on the board while Calixte showed that he’s taken his game to new levels as of late, and attracted increased attention from college coaches as a result.

CBC big man Paschal Chukwu was been another popular name with college coaches this weekend.  He was watched by new Rutgers head coach Eddie Jordan and UMass head coach Derek Kellogg on Friday night, along with assistants from Georgetown and Rhode Island.  That list only continued to grow on Saturday with coaches from Providence and others.

While the u17 division was headlining the action at the Competitive Edge facility, elsewhere in the greater Philadelphia area, action was taking place in the u16 and u15 divisions.  CBC and the Mass Rivals both earned trips to the quarterfinals in the u16 division while the Rivals remain alive heading into Sunday u15 Elite 8 match-ups.