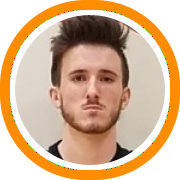 The University of Saint Joseph had already added scholarship caliber players in Springfield Commonwealth's Cam Sells and Nadir Dixon-Thompson of the Master's School.

This week though, they landed several more.

In short it's as good of a division III recruiting class as we've seen in recent memory.

Landry and Sullivan played pivotal roles for a Choate team that made an inspired run to a NEPSAC Class A championship this year. Landry is a knockdown shooter with a high release. Sullivan is a jack-of-all trades utility player who impacts the game in a multitude of ways. Both have heady floor games.

O'Neil had a huge season at Hotchkiss where he was both the team's leading scorer and also selected All-New England in Class A. He went on to earn division II scholarship offers following the season but instead opted to join the Bluejays.

Childs is a player who was widely recruited at scholarship levels over the course of his prep career. A true floor general, he emerged as the back-up point guard for a Woodstock Academy team that was consistently among the best prep programs in the country this year.

Brown is a true sleeper. He might not have had as big a reputation as some of his Master's teammates, but his overall impact on the game was as consistent and versatile as anyone. He's smooth, skilled, has a good feel for the game, and is definitely emerging.