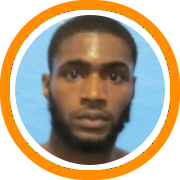 There was a New York state of mind in the Super 16 Showcase’s 9th grade division as New Heights, Harlem United, New York Lightning, and Riverside Hawks all came out of pool play.  New Heights survived a hotly contested opening round match-up with the Lightning and went on to score the championship in convincing fashion.

Sidney Wilson, New Heights – Loaded with upside this six-foot-four guard has terrific size and even better length.  He covers the court, makes plays in the open floor, and shows the natural tools and talent to have a very bright future playing this game.

Isaiah Washington, New Heights – He may be young but he has a maturity beyond his years when it comes to running a team, Washington has complete control of the game and the long arms and legs to suggest he is a long way from being a finished product.

Jordan Walker, New York Lightning – A product of Long Island Luthern, Walker is a crafty point guard with quickness and athleticism alike.  He needs to learn to be a little more efficient with each bounce but already possesses that “it” quality of all high level point guards.

Donald Flores, New York Lightning – The toughest and best defender among the Lightning’s talented collection of guards, Flores can pressure the ball and keep opposing ball-handlers out of the paint.  Offensively, he does a nice job of making open shots.

Aaron Clark, Team Scan – He’s a natural scorer and shot-maker who is becoming more of a true point guard and two way player.  There’s no denying he can put points on the board in bunches but he is also learning to make those around him better while also changing the game on the defensive end.

Isaiah Mucius, Team Scan – One of several Scan youngsters who is loaded with upside, Mucius combines size and length on the perimeter with an ability to make plays off the dribble.  His handle is advanced for his age and body type, allowing him to create his own offense on demand.

Anthony Nelson, Riverside Hawks – A big and crafty left-handed guard, the Hudson Catholic freshman is as clever a scorer as you’ll find at this young of an age.  One coach even compared him to scaled down (and left handed) version of Jamal Crawford.

Tyshawn Cooper, Riverside Hawks – He and Alonzo Ortiz-Taylor made a formidable interior duo for the Hawks.  Cooper was strong as an ox inside the paint and often times a man among boys on the glass.  He also consistently knocked down elbow jumpers.

Justin Fishman, AC Wave - They made big "waves" by coming out of their pool and advancing to the gold bracket and Fishman was the catalyst, averaging over 23 points, 6 rebounds, and 6 assists throughout the weekend while also showing great attitude and sportsmanship.

Austin Boudreau, MB Nation – A big blond guard with a smooth handle, it was easy to see flashes of Alex Furness in Boudgreau’s game but he also shot the ball extremely well from behind the three-point line and was the obvious standout every time his team took the court.

Chris Childs, Harlem United – The Harlem United program was one of the biggest surprises of the tournament, across multiple age groups, and Childs was the sparkplug of their 9th grade squad.  The forward showed solid athleticism, making plays both around the rim as well as in the open floor.

Stone McLaren, Boston Titans – The six-foot-four big man was a force inside both lanes.  He finished well and showed good moves with his back to the basket as well as an instinct for blocking shots.  As he continues to put on muscle, he’ll only become more of an interior weapon;

Keenan Collette, Maine Thunder – He’s a versatile forward with the size and strength to be physical on both ends of the floor but also the skill to step to the perimeter and be a consistent catch and shoot threat.  His game will take the next step as he develops his handle and vision;

Kevin Mitchell, Rhode Island Quahogs – Mitchell proved himself by playing up to the level of competition, hanging with the top players on New Heights and providing a second half spark for the Quahogs.   He showed grit and talent alike, leading the Rhode Island club throughout the weekend.

Austin Nwafor, CT Roughriders – He was a consistent double figure scoring presence throughout the weekend, but also one of the truly elite athletes in the division.  He had arguably the play of the tournament, elevating to throw down a viscous dunk on a challenging defender.

Alex Preston, USAD – The six-foot-seven forward showed potential to grow into a stretch four-man by the time he reaches the next level, shooting six of seven from the perimeter while also scoring a team high 22 points against AG Wave;

Alijah Rue, Spartans Elite – An undersized, but pretty long limbed guard, Rue fills a variety of roles for the Spartans.  He can be a primary ball-handler, decision-maker, and play-maker while both looking for his own offense and facilitating for those around him.

Major Roman, CT Playmakers – The developed young big man averaged 17 points, 11 rebounds, and 4 blocks per game to lead the Playmakers to a 2-1 record.  He was at his best against the Lightning showing out for 17, 11, and 4 against the top competition.

Russell Thompson-Bishop, GHPA – An active and bouncy six-foot-one swingman, Thompson-Bishop is a great defender, rebounder, and finisher.  He needs to continue to work on his shot but has the potential to extend his game to the perimeter in the years to come;

Nick Nelson, High Rise Elite – Nelson is far from a finished product, but he has a lot of budding potential.  He’s a knockdown shooter from the perimeter who can bury deep threes with ease.  Physically, he’s pretty long and lean and just growing into his body.

Joe Kasperzy, Hoop Express – His mature offensive arsenal allows him to orchestrate a balanced offense.  He can both distribute the ball while also showing his individual offense and went for 16 points and 6 assists in one contest against East Coast Elite.

• Keith Williams, New Heights – big wing with long and cut physique and the ability to make plays off the bounce;

• Brian Adams, New Heights – young big man was a key to the champions’ ability to control the interior;

• Abraham Diaz, Spartans Elite – just an 8th grader, Diaz showed a ton of potential while playing up in the 9th grade division;

• Will Phelan, Spartans Elite – a mismatch problem in the making thanks to good size & a smooth handle in the backcourt;

• Josh Henry Moore, GHPA – fast & capable of creating for himself and others; finishes very well for size.