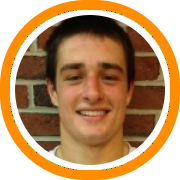 Several New England area teams made the trip to New York City this weekend to compete in one of the Northeast’s most competitve tournments of the summer, the Rumble in the Bronx. Highlights from the weekend included a big opening night upset win of New York City power New Heights by USAD, a solid pool play performance by Connecticut Select on Saturday, and an impressive run to the Silver Division championship by MB Nation.

Ironically all three of those teams (New Heights, USAD, and MB Nation) began the tournament in what had to be the most difficult pool in the u17 division.  Ultimately each team finished pool play with a 1-1 record with tournament tiebreakers sending New Heights to the gold bracket, MB Nation to the silver, and USAD to the consolation.

The Nation, who was playing without two of their top frontcourt players in Jack Simonds and Aaron Todd, battled New Heights to the bitter end on Saturday afternoon before coming back to score a pair of late night wins in the opening rounds of the silver bracket.  Nine hours later they were back on the courts at Basketball City to take a commanding 8am win over the NYC Jayhawks in which Jayvon Pitts-Young, Justin Zukowski, and Dustin Cole all finished in double figures.

The semifinals brought a match-up with MD MavSelect.  The Nation opened a double digit lead midway through the first half, pushed it to as much as 15 mid-way through the second, before ultimately taking a 68-59 win.  Isaiah Bess stepped up to lead the club with 19 while Zukowski had 18 and Cole 14.

The final saw another tough match-up with The City.  MB Nation opened the game on fire from downtown, drilling seven first half three-pointers.  Bess would again standout as the team’s top offensive threat, finishing with 24 points including five threes and a thunderous baseline dunk over a challenging defender.

While Bess and Cole typically get the majority of the credit for this club, and rightfully so, Justin Zukowski also continues to show why he is such a consistent and dependable scoring threat in MB Nation’s offense.  Pitts-Young was also absolutely critical to his team’s success this weekend, not only providing another scorer and playmaker from the perimeter, but also helping out down low with 10 points and 16 rebounds against Team Insana and 17 points and 12 rebounds against the Jayhawks.

Here’s a look at some of the other players who stood out this weekend:

Issac Vann (USAD): Combo guard was very impressive scoring the ball in USAD’s Friday night win over New Heights. Vann scored 20 points and seemingly always had a response when it looked like the other team was going to go on a run. Although he displayed the ability to run the point, he clearly is at his best playing off the ball and attacking the basket. He uses a quick first step, deceptive strength, and elite body control to draw contact and finish. He got to the free throw line 13 times against an imposing New Heights frontline.

Schadrac Casimir (USAD): Vann’s backcourt mate also had a great performance Friday night, leading USAD with 22 points. Casimir is only 5-9 but really looks to score the ball. He is very good outside shooter and can score off of the dribble. He also did an excellent job of handling full court pressure from a bigger, deeper New Heights team and in doing so, showed another level of toughness.

Doudmy Saint Hilare (The City Red): Point guard is extremely smooth with the basketball and had a couple of impressive outings in pool play. Scored 14 points in an overtime loss on Friday and was a playmaker in a win over CBC Saturday morning.

Raiquan Clark and Ian Gardner (Connecticut Select): The CT Select swingmen were impressive in a pool play victory Saturday afternoon. Both are around 6-3 and use their athleticism to get out in transition and attack the basket. Clark seems to be a bit more comfortable battling inside but Gardner is an excellent finisher in his own right.

Chase Daniels (Connecticut Select): Daniels continued to show a great deal of potential and seemed more assertive on offense scoring 10 points. Hes a very good athlete and is a presence on both ends of the floor.

Levy Gillespie (CBC): Gillespie had some impressive plays running point for CBC. He has a nice handle and is an excellent passer off the bounce. CBC really struggled to get anything done offensively when Gillespie was on the bench in a tough loss Saturday morning.

Brandon Aughburns (The City White): The 2015 big man came off the bench and was a presence on both ends of the floor on Saturday. Aughburns is a good athlete and has a solid motor.

Thomas Whipple (Connecticut North Stars): He continued to put up huge points this weekend, topping the 30 point plateau on more than one occasion and leading the North Stars to a run to the quarterfinals of the silver bracket.

Christian Vital (Team Scan): The incoming Vermont Academy sniper is on a loaded Team Scan u15 squad that played up an age group and came within seconds of capturing the u16 championship.  Vital's performance was a big reason why as he caught fire from long-range, defended with intensity, and made plays on the glass.