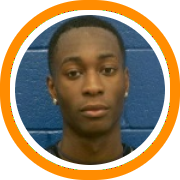 Choate point guard Colin Richey made his college choice on Monday, making a pledge to St. Michael’s College in Colchester, VT. Richey, a third-team all NEPSCAC Class A selection last year, helped lead Choate to the Class A title game, where they fell to champion Phillips Exeter.

“I informed the coaching staff on Monday night, they were very excited and were very happy to hear that I wanted to join their program,” Richey said.  “What really stood out about the school is that it's one of the best Division 2 academic schools around and that the whole coaching staff was very honest with me throughout the process.”

Richey has been a well-known figure on the AAU circuit for Blackstone Valley Chaos throughout his high school career. Before choosing to go to Choate and repeat a year after his junior year of high school, he attended MIAA power Whitinsville Christian, where he won the 2011 state championship—which he calls the most memorable moment of his high school career.

“My parents, the Bajema family, Coach Finkelstein, my friends Grant Brown, Joey Mespelli, Aaron Broghamer, Matt Mobley, my roommate Ben Engvall, and my AAU coach Jim Coffey are all people who were extremely integral parts of me receiving this scholarship and I couldn't thank them enough,” Richey said.

Now that Richey has his decision out of the way, he said he felt a large sense of relief in now just being able to focus on school and basketball. Choate will be one of the potential favorites in Class A, and their newly-committed point guard doesn’t want to come up a win short again.

“I'm very relieved to have my college decision out of the way. We have a good group of guys and now I can solely focus on trying to win a championship,” Richey said, “Our goal this year is to try and raise another banner. We came up short last year and we don't want to have the same feeling.”