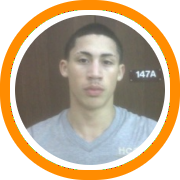 We continue our look at updated rankings in New England’s class of 2013 with the state of Rhode Island where Charles Correa retains his top spot.

A quick scoring guard who can do damage with his jumper or his dribble drive game, Correa has backed up a successful sophomore season at St. Raphael with a strong start to the AAU season proving his scoring and playmaking abilities at almost every turn.

Moving up to the second spot is Bishop Hendricken swingman Lee Messier.  A great competitor with a terrific motor, Messier simply plays harder for longer than others.  He also shoots it well from the perimeter and continues to get better off the dribble.

Checking in third is Barrington’s Ben Engvall.  Coming off a very successful sophomore season, Engvall is a big six-foot-four wing who projects on the perimeter at the next level but goes inside and out now and creates constant mismatch problems with his ability to make shots in bunches from behind the arc.

Next up is Henry Bolton who helped Portsmouth recover from the loss of Andrew Chrabascz this year.  A six-foot-two guard who made a big impact in his first season, Bolton gets to the rim at will with his good first step and has a consistently improving stroke from the perimeter.

Rounding out the top five is Prout’s six-foot-six big man Justin Bristol who is a pure horse on both ends of the floor.  With a motor to match his power, Bristol is a constant physical presence in the RIIL with the gradually expanding perimeter game for the next level.

The best of the rest is headlined by Taylor Rivers, who we haven’t seen since the beginning of the high school season but who undeniably owns the talent to be higher on this list.  Others in the hunt for a top five ranking include Hope’s Josh Jones, LaSalle Academy’s Jared Thompson and Tom Hunt, and Juanita Sanchez’ Evan Hopson.