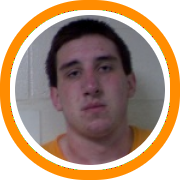 Mike Marra:  It has gotten to the point where people are almost surprised when he doesn’t make 3 out of 4 shots from behind the three-point arc.  While he had only an average day by his standards on Sunday, it was still clear he was one of the most talented players in the gym between his deep stroke and ability to finish above the rim.  We also saw a glimpse of a new addition to the repertoire when he made a quick rip move off the catch on one possession before pulling up.

Gerard Coleman:  Similar to Marra, Coleman didn’t play his best basketball on Sunday, and nevertheless it was still painfully evident that he was one of the most talented players in the gym.  He had plenty of impressive moments including a very deep three, a smooth pull-up coming after a behind the back dribble, and several impressive finishes around the rim utilizing terrific body control and wide angled lay-ins.

Darryl Cato-Bishop:  He goes to the basket like a bull, and we were waiting to see if anyone was going to have the guts to take a charge (it wasn’t much of a surprise when the answer was no).  He passed the ball very well throughout the weekend, showed an improved shooting stroke from the perimeter, and even scored with his back to the basket on occasion.  Plus, he is so powerful he was able to physically dominate everyone in the gym.

Matt Brown:  With his physical gifts, he is almost impossible to guard when his shot is falling.  That was the case on Sunday.  When defenders played off him he knocked down the three, when they pressed up he drove right by them.  He also came up with a highlight reel play on the defensive end of the floor when he sprinted from the weak side of the floor to block a shot that was above the rim.

Thomas Knight:  When we saw him in Providence it was obvious how much better he had gotten in the last year.  That was again apparent on Saturday as he was one of the best players in the gym during the first day.  While his conditioning and body are much improved, he still hit a bit of a wall by Sunday afternoon.  Nevertheless, he was definitely one of the top players at the event.

Kyle Casey:  He impressed the judges with his play on both ends of the floor.  He continued to play with the same aggression that has been a staple of his game all spring on the offensive end.  Defensively, he came up with one of the best plays of the weekend.  When the opposing ball-handler had a clear path to the rim, Casey rotated from the weak side of the floor and elevated to block his lay-up.  But instead of swatting the ball out of bounds to make a statement, he utilized his soft touch and intentionally tipped it to his own teammate who then pushed the ball up the floor for an easy lay-in.

Denzel Brito:  Definitely one of the weekend’s best overall performers.  He scored in every way imaginable, ran the point, and showed a great motor by not getting fatigued even during the final round of games when many others were gasping for air.  On Saturday, he showed the range on his three-point shot, while Sunday was a day for him to prove his prowess off the dribble.  If you were judging only the 12 hours of action from this weekend, he may have been the best.

Greg Kelley:  A very fundamentally sound post player who has soft hands and good footwork.  He did some very nice work when setting the screen in pick n’roll action.  Was also a major factor rebounding the ball at both ends, including a game winning offensive put-back in one game.

Ryan Romich:  Romich had a very strong weekend and proved that he belonged among the field’s most talented players.  What is most impressive about his game is his versatility.  He got to the rim with good consistency, both off the dribble and when getting out in transition, and finished most plays above the cup.  He continued to knock down open shots from behind the three-point line despite his unorthodox mechanics.  But he was most impressive on the low post where he showed a very polished game, especially for someone who typically plays on the wing.

Alex Murphy:  He has sprouted up another 3 inches to stand at a legit 6’7”…and he played the point for his high school team this year.  When it is all said and done he is likely to be just as skilled and intelligent as older brother Erik.  The only difference is he may be able to play all five positions on the floor.  It was a no-brainer to give him an invitation.

Derek Retos:  Although he went through some dry spells, Retos continued to show why he is one of the best pure shooters in the region.  Not only is he virtually automatic at times when his feet are set, but he has almost limitless range.  At one point during Sunday’s games he knocked down four long balls in about ten minutes.

Jarrell Byrd:  He has a ton of gifts and is absolutely full of potential.  Physically, he is a big guard who could have a phenomenal body down the road.  He also has a sound stroke that he can pull off the catch or the dribble.  Once he learns to put it all together on a consistent basis he will be very good.

James Rodriguez:  The point guard turned a lot of heads with his play this weekend.  He is a tough floor general who plays strong with the ball, gets his teammates involved, and can score in a variety of ways as well.

Corey Wright Jr.:  Week in and week out he is just consistently good.  He gets to where he wants to go off the dribble, puts up plenty of points, and hands out lots of assists.  It was more of the same this weekend, and so it was no surprise when he came away with one of the invitations.

Greg Langston:  Langston is a throwback wing player.  He is a good spot up shooter who loves to use the glass.  While he won’t blow by anyone, he can get into the lane off the dribble and often find ways to get himself to the free-throw line.  He also has a unique skill with his ability to make pinpoint baseball style passes across the length of the full court.

Michael LaPlante:  A phenomenal athlete who is at his best in showcase type events like this one, where lots of the action is taking place in the open floor.  He runs the floor as well as anyone, gets off his feet quickly, and plays above the rim with ease.

Akeem Williams:  He has a reputation for putting points on the board in a hurry, but on Sunday he showed he has plenty of ability passing the basketball as well.  Actually he looked pretty comfortable playing the point guard position as he controlled the tempo of the game and created shots for his teammates all while limiting his turnovers.

Luke Apfeld:  By all indications he was the best athlete in the field.  He proved that time and time again on Sunday including multiple blocked shots in addition to a two handed alley-oop flush.  But his skill set looks better and better every week as his stock continues to rise at a rapid pace.

Shabazz Napier:  Napier played his best basketball on Saturday when he continued to show his prowess shooting the ball from downtown.  He was also impressive on the defensive end of the floor as he locked up opposing ball-handlers throughout the weekend.

Anali Okoloji:  He made plays both inside and out over the course of the weekend.  Although not a true post player, he has the size and athleticism to score around the rim, along with enough skill to handle and shoot a little bit from the perimeter.

Mike Clifford:  It was definitely a coming out party for the big man as everyone in the gym was talking about it on Sunday.  He seems to have trimmed his frame in recent months as he appeared lighter on his feet.  He was dunking everything around the rim, while showing enough power to elevate through contact before finishing with two hands.  But he also has a great skill set for a big man as he shoots the three with ease and can make a move or two with his back to the basket.

Keegan Hyland:  How he didn’t earn an invitation to any of the three camps is a bit of a mystery.  After torching the nets on Saturday he wasn’t going to surprise anyone on Sunday, but because he is equally effective spotting up, coming off screens, or shooting off the bounce, he still couldn’t be stopped.

Marcus Grant:  A very tough and hard-working player who simply outworks the opposition.  He has obviously learned a lot from being Daryl Cato-Bishop’s understudy at Lawrence Academy.  Grant also goes to the rim hard and finishes well against contact.

Peter Lynch:  He may not have been the most skilled or athletic player in the gym this weekend, but he gets the most out of himself.  He gives outstanding effort on every possession, is a very fundamentally sound player, and has the rare ability to impact the game without getting many touches.

Others Who Caught Our Eye

Keith Brown impressed with his on-the-ball perimeter defense…Jeremy Driscoll has a smooth stroke with a quick release to go along with good bounce….Graham Safford is a freshman from Maine who plays extremely hard, has a high basketball I.Q., and deceptive athleticism…Zach Auguste is another freshman who got some things done in transition and rebounded well…Sean McCarthy is an intriguing big man who was able to make some plays around the rim…Willie Lyons scored well, especially with his one dribble pull-up… …Chris Sherwood is an athletic freshman who slashes to the rim and finishes above the cup.