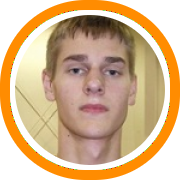 Over 110 prospects will take to the courts of the Mansfield SportsPlex this weekend as the Reebok Headliner Tryout Camp comes to New England.

Headliner Tryout Camps are being held in 13 different cities across the nation, with top performers in each spot earning invitations to Reebok’s All-American Camp as well as Reebok’s Breakout Underclass Camp.

But New England’s version of Headliner offers a little something extra, as players also have the opportunity to earn an invitation to the New England Elite 75 Showcase – the region’s most prestigious showcase of the year, which is taking place during the live period for the first time this July.

The action will take place both Saturday and Sunday and will include a series of evaluation drills as well as five on five games so that each player has ample opportunity to prove their abilities.

The New England Recruiting Report will be on hand throughout the weekend to recap the action.