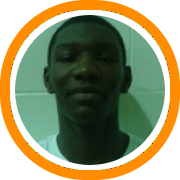 140 of the best college basketball prospects in the country were assembled in Philadelphia for the annual breakout classic over the past few days. With head coaches including John Calipari, Rick Pitino, Kevin Ollie, Larry Brown, John Beilein, and dozens of others on hand, New England was well represented in the field. Here is a look at who played well:

Jarred Reuter – The Brewster big man certainly helped himself while being followed by the likes of South Carolina’s Frank Martin and a variety of others. Reuter was successful going against top 100 caliber big men and stood out with his footwork and passing ability.

Tyrique Jones – The 6’7” wing, who will join the class of 2016 at Vermont Academy next year, did what he does best: slash and make plays at the rim. He was an absolute beast in the paint, both rebounding in traffic and asserting his will inside offensively. By doing so, Jones attracted the attention of plenty of coaches in the process.

Sam Ibiezugbe – The rising junior from the Master’s School is a mountain of a man and stood out with his top notch motor. He ran the floor extremely well, was proactive blocking out on the glass, and was able to hold his own against older and more celebrated front court prospects.

Ian Gardner – Perhaps the biggest surprise of the entire camp, Gardner opened things up with a 20+ point performance. He stood out athletically, even against the higher level of competition, and also got hot with his jumper from behind the 3 point arc. Gardner attracted a steady dose of Division 1 attention throughout the camp.

Mustapha Heron – The braids may be gone, but his overall impact remains consistent. Heron once again stood out with his size, power, and two way game. He defended well and made some high level drives with coaches from Pittsburgh looking on.

Tyler Jackson – South Kent’s incoming 7-footer competed against as much size as he had ever seen, but was nonetheless a major presence on the glass proving that he could compete even against the high a level of competition.

Tomas Murphy – Only one of two 2017 prospects in the field, Murphy had no problems impacting the game against older and more physically developed players. His high IQ and strong motor impressed here just as they did last month at the Nike Elite 100.

Steve Enoch  – The 6’10” big man returns from injury with a long line of coaches to check on his progress. He made the most of his touches, had good energy, and proved that he could stretch the defense to the 3 point arc. Kevin Ollie was one of several head coaches to watch him throughout Wednesday and Thursday.

Donovan Mitchell – The rising senior guard had a huge couple of days and walks away from the event as one of the real winners. Mitchell showed off a much improved jumper and scored new offers from Louisville, Memphis, and South Florida in the process, while also being trailed by head coaches from Providence, Boston College, and Florida State.

Sedee Keita – The rising junior big man has grown a couple of inches, now measuring in at 6’11”. Combine that with his length and athleticism, and it was easy to see why he was followed by the likes of Jay Wright among others for the majority of the event.