Rector Comes off the Board 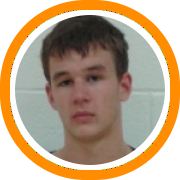 Missouri had been looking for a point guard ever since New Hampton's Travis Jorgenson opted to re-open his recruitment this fall.

That search became even more of a priority last week when junior starter Phil Pressey announced his plan to declare for the NBA Draft.

Ironically, the spot created by one prospect's de-commitment has been filled by another prospect who came available only after decommitting himself.

Shane Rector made a verbal commitment to Rutgers earlier this winter with the intention of signing during the late signing period, but opted to consider other schools when Rice was relieved of his head coaching duties earlier this month.

Rector is a playmaking lead guard who spent his senior season at the South Kent School after previously attending St. Raymond's High School in New York.

He joins a Mizzou program where his ability to create in the open floor should be well utilized given the Tigers fast-paced style of play.

Rector was the best available point guard prospect left on the board in New England's class of 2013.