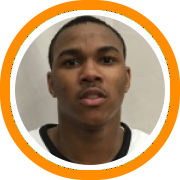 It’s almost ironic that once the season starts, recruiting tends to settle down a little bit.

The headlines and updates don’t happen nearly as often as high school and college teams alike are consumed by their own schedule. This typically lasts for another month or two, until the time when some teams start to shift their focus to next season. .

That isn’t to say there haven’t been any updates on the recruiting wire though. In addition to the commitments that we’ve already published, there have been some other recruiting headlines in recent weeks:

• Providence has been active as usual. Last week they hosted Brewster Academy big man Taurean Thompson and NMH junior Tomas Murphy for a game at the Dunkin Donuts Center while head coach Ed Cooley was back on the road on Wednesday in Wolfeboro, New Hampshire where he both followed up with Thompson and extended another offer to fellow Bobcat Alpha Diallo.

• The Friar staff made another significant statement just before the holiday break as they arrived four deep at the St. Andrew’s tournament to see the Saints take on Cushing Academy in a game that featured two of their top 2017 targets – Wabissa Bede and Aaron Wheeler.

• Brimmer & May sophomore A.J. Reeves has played through injury so far this season but he nonetheless caught fire and almost single-handedly brought the Gators back in a battle with Cheshire Academy live on CoxHub. He added an offer from Rhode Island for his efforts.

• Providence isn’t the only school to extend a recent offer to Alpha Diallo. In fact, Utah came calling just prior to the holiday break as well. Diallo, is a New York native, but has plenty of ties to that part of the country after spending years in Colorado.

• Another Brewster product, unsigned big man Zach Cameron, took an official visit to UTSA following the Bobcats trip to the west coast for the Under Armour Holiday Classic.

• Shortly after Phillips Academy (MA) post-graduate guard Danny Evans turned in consecutive strong outings at the Scholar Roundball Classic, he picked up his first division I offer from Bryant University.

• Commonwealth Academy sophomore big man Arshma Parks added a scholarship offer from Pittsburgh, but he wasn’t the only Commonwealth product to pick up new offers in the month of December as Chandler Jones and Shyheim Hicks were both offered by New Hampshire as well.

• NMH senior guard Ian Sistare has brought his game to new levels for his senior season and Boston University became the most recent school to offer him a scholarship during a visit to their campus a couple of weeks ago.

• A couple of local products have also picked up division II offers in recent weeks. Keith Brown, who is off to an almost historic start for Pelham High School in New Hampshire, landed an offer from Philly U as an early Christmas present. Thayer Academy junior guard Jordan Mello-Klein, who is off to a fast start to the season in his own rite, added an offer from Bently.