Rankings Announced for the Class of 2012 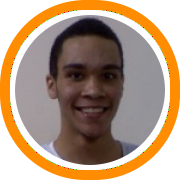 Ranking players is not an easy business.  As we’ve said many times, it’s an inexact science to say the least.

But it becomes all the more difficult when you start to talk about younger players…especially freshmen.  With over three years remaining until they reach the college level, we have to consider both how the players compare against each other today as well as how they project to in the future.   And that becomes exceedingly difficult as it is almost impossible to project how players will evolve both physically and mentally.

With all of that being said, there are some storylines within the freshmen rankings that stand out including:

1.  A Big Three:  The top three players in the class of 2012 are head and shoulders above the rest of the field, and we would wager to say among the most talented you’ll find in the entire country.  Alex Murphy is a perimeter player with an incredible blend of size, skill, and feel for the game.  Nerlens Noel has physical tools and instincts that simply can’t be taught which give him an absolutely enormous ceiling.  Domonique Bull is a fantastic slasher who is a consistent jumper away from being an absolutely unstoppable scorer.

2.  Castro Rising:  Rene Castro made the biggest jump as he moved into the 4th slot in New England after being instrumental in Milton High School’s state championship and also leading his All for One team to the finals of the Massachusetts AAU State Tournament before running into BABC.

3.  An Emphasis on Guard Play:  14 of the top 20 players in the class of 2012 are guards.  That’s not uncommon with freshmen because the big kids are a little slower to develop.  But this class in particular has a particularly bright future in the backcourt with guys like Tarik Smith, Xavier Rathan-Mayes, Steve Wynn, Mike Thorpe, Rob Hazard, Chris Braley, Will Defanti, Kris Dunn, Ian Baker, and Trey McPherson all have the potential for brilliant careers.

5.  Motivating Factors:  Because there is such a small difference between so many of the players on this list, we’d expect to see quite a bit of movement in the future.  Inevitably, the guys who end up on top in their senior years are the ones who have the self-confidence to believe they’re among the best, the work-ethic to get better every single day, and the competitiveness to want to go head to head with the other guys on this list.