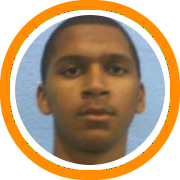 New England made a powerful statement on Saturday as we showed that we not only have some elite level AAU programs but a great amount of depth as well.  There was no better example than the 17 and under division where 10 teams won their pool and advanced to the gold bracket.

Team Boston Elite – Not only did Team Boston Elite win their pool, but they earned what many people considered to be the biggest upset of the day as they defeated an Upstate Basketball Club that featured the likes of Brandon Triche and Dane Miller.  The home team got a huge performance out of Boston native Raheem Singleton who was the most effective guard on the floor.  Making this story even more interesting is the fact that Singleton is said to have recently obtained a qualifying test score which will make him a priority recruit on the mid-major level.  Adam Marshall and Jerome Cohen were also impressive for Boston Elite as Marshall showed his inside/out game and Cohen more than held his own against the Upstate frontline.

New England Playaz – No one in their pool had much of a chance, as the Playaz size and talent simply overwhelmed their opposition in the early rounds.  Dartaye Ruffin did some impressive things off the bench as he made some nice passes from the high post in high-low action and continued to rebound the ball very effectively.  Jordan Williams seemed to come alive for the team’s first bracket play game against the Boston Soldiers as he carved out space under the basket to score and rebound.

Connecticut Basketball Club – Daryl McCoy and Steven Samuels came up big for CBC for the second consecutive weekend.  McCoy saw his stock explode last weekend at the Pittsburgh Jam Fest and did nothing to discourage coaches this weekend as his combination of size, power, athleticism, and talent is hard to match.  Samuels is another player who has seen a boost in his interest from college coaches as very few players can impact the game in as many ways as this 6’4” guard.  Adrian Satchell and Dominique Langston were also good throughout the weekend.

Expressions – On Friday it was Mike Marra and Greg Jacques who stepped up.  On Saturday it was Kyle Casey and Luke Apfeld.  Casey is simply a tougher and more aggressive player than he was a year ago.  He showed that this weekend by getting on the glass consistently and going strong to the rim with a long first step.  He also came up with a blocked shot that sealed Expressions win over New Heights 2010 in what was likely the best pool play game of the day.  Apfeld had his incredible athleticism on display as he was flying around the rim and literally dunking on people.  His skill set also continues to improve as he shot the ball consistently to 18 feet and handled some in the open floor.

Metro Boston – Mo Vasquez’ squad scored a comeback victory over the Lloyd Daniels Rebels on Saturday morning to clinch their pool.  No one was more impressive for Metro Boston than Shabazz Napier, who is really turning some heads this spring.  He showed great composure running the team while also draining the long ball with his quick release and picture perfect mechanics.  Jay Freeman, Mario Monroe, Brian Grossman, and Ike Azutam also had impressive moments as well.

Rhode Island Hawks Black – The Hawks got steady play out of their backcourt as Simon McCormack and Sam Martin both played well.  McCormack continued to handle the ball without difficulty and go strong to the rim, while also making himself a presence on the defensive glass.  For Martin, his strong spring continues as he not only consistently makes shots from behind the three-point line but also appears to be playing with good confidence.

Rhode Island Hawks Red – It was certainly a good day for the Hawks, as they were the only program to have two different teams advance to the gold bracket.  Colin Burns did most of his damage in transition while also being a consistent presence on the glass and making the occasional jump shot.  Pucci Angel scored at least 15 points in every game as he shot the ball at a very consistent clip throughout the weekend.  Also productive was Mason Kenney who did all the little things from the point as he played hard, defended, and distributed the ball.

Boston Warriors – Not only did the Warriors win their pool, but they won their first game in the gold bracket before an unlucky end to their run.  With the game already in overtime and the score tied, the Warriors were called for a phantom foul that cost them a trip to the quarterfinals.  Akeem Williams continued to be a consistent scorer as he went for 22 points in their last game, while Nicco Demasco was very active in the paint and on the glass.

Connecticut Select – While Josh Turner, Anthony Ireland, and Jeremi Johnson continued to be very productive for Select, it was two other players who made huge contributions in their pool clinching victory over Sam Rines.  Senior guard John Mathney from Hyde Leadership Academy was very impressive as he knocked down three consecutive three-pointers in the second half, converted runners in the lane, and showed a tight handle in the open floor.  Look for him to head to prep school next year according to his high school coach.  But the hero of the day was Jakarri McCallop.  With Select down by one in the game’s closing seconds, “Champ” came up with an offensive rebound and then was fouled going back up.  He showed great composure by knocking down both free-throws to give his team the one point victory.

Boston Soldiers – Going into the decisive game in their pool against Team Jersey Elite, few people gave them much of a chance.  But thanks to a balanced effort, the Soldiers not only earned the 12 point victory, but they never trailed throughout the 32 minutes of action.  The backcourt duo of Anthony Weeks (8 points) and Matt Gibson (8 points, 10 assists) played some of their best basketball of the young AAU season.  Meanwhile they had good depth and production in the frontcourt with Peterson Bernard (12 points), Andrew McCarthy (11 points), and James Marcellus (10 points).

New Hampshire Sharpshooters – The Sharpshooters are another team that surprised some people by coming out of their pool.  Going up against Dunbar Community Center and the New York City Jaguars, they showed that good team play and fundamental basketball can often beat out size and athleticism.  Overall, you had to be happy for a team that overachieved because they bought into the team concept.

Other News and Notes:

•  Carson Desrosiers was a popular name among college coaches yesterday afternoon.  While he didn’t put up too many points, coaches were impressed by his size, shot blocking, and ability to run the floor.

•  It was interesting to listen to the discussions surrounding Evan Smotrycz.  There was certainly a wide range of opinions on him that stemmed from some coaches who thought he would be very good in the Ivy or Patriot Leagues to others who thought he could potentially play in the Big East if he continues to develop.

•  Two local players put up big single game totals from behind the three-point line in the 16 and under division.  Mike Accaoui knocked down 7 in one game for the New England Playaz while Mick Kelly had 10 threes and 40 points for the Northeast Basketball Club.

•  Roshad Bryant, the 6’7” big man from Suffield Academy (Suffield, CT), did some nice things while running with the New Heights squad.  He is long, bouncy, and active around the rim.

•  Notre Dame Prep’s (Fitchburg, MA) Kenny Stewart played well against Connecticut Select.  The big man was at his best in the open floor as he can run from rim to rim better than most opposing 4’s and 5’s.

•  Tavon Allen had a terrific performance on Saturday morning.  Playing with many of his teammates from Hillhouse High School (New Haven, CT), the young sophomore was scoring in a multitude of ways.  He was even drawing comparisons to a former Hillhouse product and current Fordham Ram, Mike Moore, thanks to his smooth offensive game.

•  The New Hampshire Falcons won their pool in the u15 division.  Sean McClung and Sean Moyen led the way while the team also got important contributions from Connor Hill, Zack Stevens, and Mike Mitchell.

•  Jamee Jackson made his return to Rhode Island, this time as a member of New Heights.  A year after transferring to St. Anthony’s in New Jersey, Jackson looks like a definite division I player down the road.

Quote of the Day

“It doesn’t matter.  They could hang a bucket up there and it and it wouldn’t make a difference.”