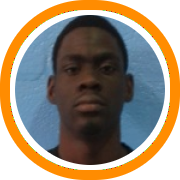 Notre Dame Prep produced their second commitment in as many days, and fourth in the last three weeks, when K.J. Pritchard committed to UMKC on Monday.

“Congrats to my man! Kj Pritchard @kevdahustler14 staying close to home to be a UMKC Kangaroo!! Worked his tail off & I'm proud of him!! #NDP”

Pritchard, who is the son of Indiana Pacers’ General Manager Kevin Pritchard, is a six-foot-five swingman who is known for his ability to shoot the ball from behind the three-point line.

He came to Notre Dame after having previously starred for Lawrence High School in Lawrence, Kansas.

At UMKC, he’ll have the opportunity to return closer to home and play in front of family and friends, while also playing with one of the top late mid-major recruiting classes in the country.