Prescott to the MAAC 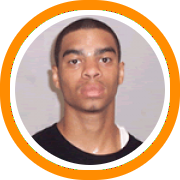 Two years ago, Chris Prescott was a can’t miss Atlantic 10 recruit coming out of Northwest Catholic High School in West Hartford, Connecticut. Rhode Island, UMass and Fordham were a few of the schools in the mix for the 6’2 shooter before he settled in on committing to Phil Martelli and St. Joseph’s University.

After two years in “The City of Brotherly Love”, which saw him get 12 starts as a sophomore last season, Prescott is moving up the New Jersey Turnpike as he had decided to transfer to St. Peter’s College of the MAAC in Jersey City, New Jersey.

With Prescott, St. Peter’s gets a player who can flat out score the ball on a consistent basis in a variety of ways. He has the ability to knock down shots from the perimeter or get to the basket and finish around the rim. While he will have to sit out the 2010 – 2011 season, Prescott joins a team that has a chance to contend for a MAAC title after a strong conference showing a year ago.

One problem Prescott will not face much of, is familiarity with his new teammates as St.Peter’s has a little New England flavor. Former Connecticut high school standouts Jeron Belin and Steve Samuels are currently members of the team. As well as assistant coach Marlon Guild who coached with the Connecticut Basketball Club AAU team a few years ago.