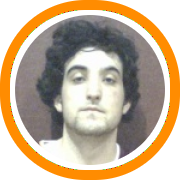 Since Northfield Mount Hermon has more local New England products on their rosters than any other class A prep school we thought it was an appropriate place to begin this year’s prep school tour.

A lot has changed at NMH since last season.  Longtime head coach Bill Batty has retired and been succeeded by his associate head coach John Carroll.  Also gone are players like Tyrone Nash, Gary Correia, Jerrell Williams, Terrell Williams, Matt Glass, and a handful of others who helped to make last season one of the most successful in NHM history.  But joining the mix is a cast of new talented players highlighted by the strong local contingent.

David Rufful, Andrew Yanulis, Mike Marra, Matt Brown, and Joe Sharkey have all come on board and all five appear to be on the fast track to success.  Marra is likely to be the team’s most talented and highly recruited player.  Today he continued to show his outstanding three-point range in addition to the athleticism to allow him to get up and dunk on people.

Rufful and Yanulis are two players that Coach Carroll couldn’t say enough about.  Rufful continued to show his long distance marksmanship and Yanulis may have the most polished low post game of any player on the roster.

It may be a challenge for Brown and Sharkey to find immediate playing time this year but both have very bright futures at NMH.  Brown was especially effective on Sunday showing the ability to slash to the rim while also knocking down his two three-point attempts.

Returning to lineup are Andrew Van Nest, Simon McCormack, Bruno Naylor, and Derrick Thomas.  Coach Carroll credits McCormack with making more strides in the summer than any other player as he as added 10 pounds of muscle as well as developed the ability to play the point guard position.

Van Nest continues to be one of the most skilled big men in the region and now lists Pennsylvania, Davidson, Harvard, Northwestern, and Vanderbilt among those schools showing the most interest.  In fact Harvard head coach Tommy Amaker was in the gym on Sunday giving a good indication of what a priority Van Nest is to his first recruiting class at Harvard.

Naylor returns to NMH after being forced to miss the second half of last season when he fell victim to an illness.

Joining the mix are some newcomers from other areas of the country including 6’10” big man Ted Eby from North Carolina, 6’1” point guard Andy Moore from Texas, 6’8” forward Dante Wooten from Philadelphia, 6'8" forward Josh Riddle from Colorado, and 6’3” junior point guard Ryan Peters from California.  Eby is an extremely tough player who will give NMH an immediate physical presence in the paint.  Wooten is a more skilled frontcourt player who will need to improve his conditioning before he can maximize his potential.  Riddle should make an immediate contribution with his ability to play multiple positions, thanks to his superb athleticism and three-point range.  Moore and Peters should provide two solid options behind McCormack at the point guard position as both players are extremely fundamental sound and excellent decision makers.

Overall, it is likely to be another solid year for Northfield Mount Hermon.  Although they may be hard pressed to duplicate the success of last year’s team, there is a definite level of excitement in the school as a new era of basketball has begun under Coach Carroll.