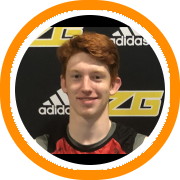 Worcester Academy had a terrific season last year winning the NEPSAC AA title. Even with winning that championship, they still return a large amount of last year's team. As a result, expectations are very high.

1. This could be Worcester’s best team ever

They have three nationally ranked players, two other 2023s who will be D1 bound, and a number of intriguing underclassmen. To be candid, there are not many holes in this team, and preparing for them will not be easy.

2. The goal remains the same to win NEPSAC AA

With the amount of talent that has been assembled on this roster, the expectation is to repeat as champions in AA. The league as usual has a number of terrific teams and prospects, but Worcester has what it takes to be a rare team to defend its title.

3. It is pick your poison with this squad

Stopping Duke commit TJ Power or Marquette commit Tre Norman will be many teams' first priorities. The issue with that plan is they still have 2024 high major prospect Kayvaun Mulready who can slash to the basket and score with ease using his strength/athleticism. Then not to mention the smooth shooting senior forward duo of Stonehill commit Todd Brogna and D1 prospect Parker Jones.

As mentioned before, they have the talent to do it. Winning championships takes more than sheer talent though. A lot of it often can come down to the little things. This could be such as if one of their high major recruits has no problem deferring on an off night or their upperclassmen properly lead the younger players so they are ready when their time comes.

2. Who steps up alongside the big three?

We already talked about Brogna and Jones as prime candidates. There are a few others as well. Dylan Cote is a forward in the class of 2024 who will bring additional floor spacing ability. Declan McIntyre is a 2023 guard who can hit three-pointers but also has the IQ to consistently make good decisions on both ends. 2024 guard Jake Blackburn adds to the quantity of shooters on this squad. Mike Ellerbrook is a 2025 guard to keep an eye on as well.

Will they be ready to have a target on their back?

With their top end talent last year in the junior class, it was not necessarily supposed to be a season where they would win AA. They clearly outplayed that initial thought though. Now they head into this season as the hunted. The majority of their games will be one that their opponent has had circled on their calendar for a while. It will be important for them to understand this and consistently match the intensity of teams even with significantly less talent.