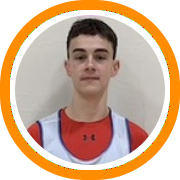 If you’re looking for a sleeper in Class AA of the NEPSAC this year, look no further than Wilbraham & Monson.

The Titans were picked 5th in the pre-season coaches’ poll and may prove to be even better than that, especially if their season opener is any indication, as they knocked off a loaded Springfield Commonwealth team on the road.

Mike Mannix club is deeper and more talented from top to bottom than they’ve been in recent years and are set to open conference play Friday night when they host Lawrence Academy before making appearances at both the Zero Gravity Prep Classic this weekend and the Scholar Roundball Classic the following weekend.

John Adams is back for his senior season and the clear leader of the team. The 6-foot-8 southpaw is one of the most reliable players in New England. You know what you’re going to get from him every time he takes the floor – he’s going to play hard, be fully engaged on both ends of the floor, and produce. He’s rugged, increasingly skilled, and also appears to be in the best shape of his career. That’s exactly the type of senior any coach wants leading their program.

Also back in the senior class are Liam Murphy and Quion Sneed. Murphy is a 6-foot-6 forward who, like Adams, returned for his final year in terrific shape. He’s a versatile 4-man who can play both inside and out and also has a very strong academic pedigree. Sneed is a strong combo who shoots a pretty good ball from the outside and is also a threat to put it on the floor.

Junior guard Kai Robinson returns for his second year in the program as well after coming from the Grand Cayman Islands last year. A confident and skilled guard, Robinson has grown into his frame within the last year and is hoping to carve out a bigger role in the rotation this year.

WMA welcomes four new post-graduates this season who will give them the type of depth and physicality that is necessary to compete in AA. Cinque Stephens went down with a knee injury early but is a big guard with an exciting, athletic style who could be a big addition for the Titans. Both he and Keller Boothby, a skilled 6-foot-7 forward who stretches the floor with his shooting range, come to Wilbraham from Plano, Texas and could be key contributors this season.

Saher Williamson is a French native and cousin of former Wilbraham and Columbia star Maodo Lo. Williamson is a well-built guard with a strong motor and ability to impact the game on both ends. KeyShawn Collier is a big, wiry, and athletic guard from Nashville who comes from similarly good stock, as his older brother plays in the NFL with the New York Giants.

While the team has the type of experience and maturity to compete, their best long-term prospects are probably their underclassmen, which means that while they are poised to contend in 2019-20 and the window should continue to open for the course of the next three years.

Deven Austin returns for his second year in the program and is five inches taller than he was a year ago. This late-bloomer is skilled with a wealth of natural tools and only just beginning to grow into his body and tap into his potential.

The biggest additions to the roster, both literally and figuratively, are Kyle Filipowski and Matt Filipowski, twin brothers from Long Island who stand at 6-foot-9 and 6-foot-11 respectively. Matt is the bigger of the two and the more conventional big man with game-changing size in the post along with fundamental footwork and soft hands. Kyle is the more versatile and mobile of the two with budding playmaking and shooting touch making him a very unique match-up.

Also in the sophomore class is Sean Seymour, the son of longtime D1 coach Steve Seymour and younger brother of George Washington sophomore Sloan Seymour. Like his big brother, Sean is a talented shooter of the basketball. He’s built like more of a true wing though, already 6-foot-4, and very possibly still growing.

On the surface, this is a deep team with ample talent and lots of size. Their biggest strength will be in the frontcourt where Adams, the Filipowskis, Boothby and Murphy provide a terrific unit that combine sheer size, skill, and even playmaking along the frontline. Things are a little more uncertain, with less defined roles, in the backcourt though, especially with Stephens out of the line-up. Ultimately, that also may be representative of the teams’ biggest challenge this year as finding enough minutes for both the deep upperclassmen and especially talented underclassmen will be a fine line, albeit certainly a good problem to have.

This isn’t just the best Wilbraham & Monson team we’ve seen in recent years but also the beginning of what should a few years where they continue to emerge and challenge in Class AA.