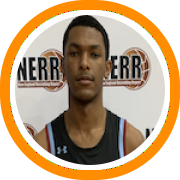 At Northfield Mount Hermon, this has the look and feel of a season head coach John Carroll and his program have been building towards as they look to capture their latest NEPSAC and national championships.

1. This is one of the most experienced teams in New England

NMH didn’t play a single game last year, but they figured out how to navigate the pandemic as well as anyone and this year they could reap the rewards. Their senior class is loaded. Rowan Brumbaugh, Luke Hunger, Kyle Squires, Avery Brown, Blair Thompson, Jorn Everson, Danny Wolf, Peter Carey, Ben Chasin, and Alex Halpern are all back from last season. So too is JB Frankel, Christian Moore, and Will Franks in the junior class. That’s 13 upperclassmen who are returning with experience in the program.

2. They have chemistry to match their experience

With NMH’s patented offensive style, chemistry is even more important than experience, so the fact that these players spent all of last season building that rapport and learning the intricacies of the system, means they will begin this season with an extreme head-start relative to typical NMH teams. Opposing teams should be expecting mid-season level execution almost out of the gate next month with a balance of three-point shooting, playmaking, and interior size.

3. The players people aren’t talking about
Brumbaugh is committed to Northwestern, Carey to Syracuse, and Squires to Lafayette. Hunger is one of the most recruited big men in the region. Wolf and Brown have had high-major offers over the years…If you’re projected NMH’s line-up based purely on recruitment, you may be off-base. Thompson, who committed to Columbia earlier this month, is a 6’7 shot-maker who has been playing his best basketball of his career this fall. Everson, who has division I recruitment of his own, is as important as anyone on the roster thanks to his maturity, efficiency, and the way in which he leads by example every day.

This may be the most important dynamic to watch. Both of these guards have competed with chips on their shoulders over the years. If they come together this year, NMH could be the best team in New England. If they don’t, the team’s biggest challenges may come from within. It not only requires sharing the ball but also recognizing their collective worth. Brumbaugh excels at creating tempo with his pace and charisma while Brown thrives in that up-tempo style because of his floor vision. Collectively, they give NMH the potential to play with more pace than we’ve seen in years, while still maintaining the half-court supremacy they’ve been known for (and that is further solidified by their depth and chemistry).

2. Which newcomers will be able to carve out roles?

When you return 13 upperclassmen, finding available minutes is no easy task for the new guys, even with two teams. Yet still, there have been some new faces that have managed to distinguish themselves so far this fall. The program has two post-grads in Harrison Carrington and Hudson Hansen, both of whom come from the west coast. Hansen has been dubbed the Dennis Rodman of this year’s NMH team because of his ability and willingness to rebound, defend, and compete without needing a certain number of touches or shots to be motivated. Carrington is a skilled perimeter forward with good size and clear upside. Luka Toews, the younger brother of program alum Kai Toews, is a sophomore point guard who has earned rave reviews so far while junior shot-maker Andrew Mayock has drawn comparisons to another alum, Andrew Platek.

While this year’s team has the potential to win at the highest level nationally this year, there’s no denying that they’ll be losing a ton of talent following the year. What does that mean for the future? The ball is almost certainly going to be in Toews hands for his final two years at NMH. Frankel, Moore, and Franks will all need to take steps forward this year to prepare themselves for what’s to come in 2022-23. Nate Kwiencinski is a highly talented 6’6 sophomore forward who may not be ready to contribute much this year, but has a bright long-term future. He and other underclassmen – like David Ayles, Asad Syed, John Adams, and Max Miller – are likely to gain valuable game experience on the program’s high school team this year in preparation for moving up to the national team next season.