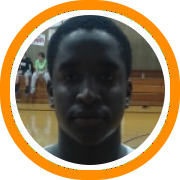 With all six NEPSAC AAA programs having now been previewed, we’ll turn our attention to Class AA where Cushing Academy is the defending two-time champions.

Things are very different for head coach Barry Connors’ squad this season though as they are now without their staring backcourt of Kaleb Joseph and Jalen Adams.

Fortunately for the Penguins though they’ve reloaded with a post-graduate guard from Spain and a highly talented sophomore trio.

The task of filling those big backcourt shoes will fall on one of those sophomores, Makai Ashton-Langford, along with Francisco Alonso, the six-foot-three post-grad combo-guard who arrived from Spain this year.

Alonso will quickly emerge as one of the top newcomers in Class AA and one of the best pure shooters in the league as well.

For Ashton-Langford, this season will be trial by fire as the undeniably talented point guard will have to learn how to run a team against the highest levels of competition. The former St. Peter Marion product has prepared for his first year in the prep ranks by adding a noticeable amount of muscle mass to his already long and athletic frame.

The rest of the sophomore trio is comprised of two underclassmen who were both here as freshmen but will now have to take on much more meaningful roles.

Kimani Lawrence had the luxury of being brought along slowly last season but gradually worked his way into the starting line-up and now looks poised to assert himself as Cushing’s premier frontcourt weapon. When NERR visited Cushing for open gym this fall, Lawrence was noticeably more aggressive than we’ve seen him. His growth into a go-to player is likely to take some time, but there is no denying his talent or long-term potential.

Jarrod Simmons is another guy loaded with potential. He’s grown a couple of inches since this time last year and is absolutely filled with upside. His balance between potential and production is going to be one of the keys for Cushing this year. Obviously intent to develop his game away from the basket, Simmons is far more productive inside right now, and he’ll have to embrace that mentality if the team is going to be at their best this season.

Central Catholic alum and post-graduate forward Nick Cambio was widely projected to be the fifth starter but is currently out with injury and could miss the better part of the season.

That void will create an opportunity for several other players to step-up. One such player is junior point guard Michael Stamas who could provide another stable ball-handler and decision maker to back-up Ashton-Langford and Alonso in the backcourt. More than that though, Stamas is also full of winning intangibles and so very difficult to keep off the floor.

Another valuable intangible provider is Brendan Miller, the senior swingman who returns for his second year at Cushing. Chiseled and athletic, Miller also has a terrific motor and could very possibly contend for the final spot in the starting line-up.

Rob OBrien and Jordan Heywood are two other players that figure to be consistent contributors within the rotation. O’Brien is a post-graduate guard from nearby New Hampshire who could provide some added scoring punch off the bench while Heywood is a two-sport product who has starred on the gridiron this fall but can definitely provide another competitive presence and a spot-up shooter.

Cushing Academy may be the back-to-back defending champions and still uniquely talented but they are otherwise very young and inexperienced. Whether or not a championship is an obtainable goal for the coming season remains to be seen, but what we know for sure is that they’ll be capable of beating anyone in Class AA on any given night and a high profile attraction for a variety of college coaches.