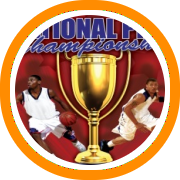 The seventh annual National Prep Championship will tip off on Tuesday afternoon at Albertus Magnus College in New Haven, Connecticut with four quarterfinal games.  Here’s a rundown of the action:

A rematch of a game that went down to the wire in November, Massanutten makes their third trip to New England this season with as talented and battle tested a roster as there is in the country.  Head Coach Chad Myers has high-major talent both inside and out with DeAndre Burnett (Miami), Frank Mason (Kansas), Garland Owens (Boston College), Damonte Dodd (Maryland), and Ahmad Fields (Utah).  Notre Dame will need big contributions from their backcourt of Jaylen Brantley and Jarvis Garrett along with the forward tandem of Jamel Artis and Roger Moute a Bidias.  Top unsigned prospects in action also include Matt Atewe, K.J. Pritchard, and Jarrel Marshall.

The Chancellors were just seconds away from claiming a NEPSAC title on Sunday, and will be out looking for vengeance just 48 hours later.  Standing in their way will be an explosive Hargrave team that features one of the most dynamic point guards in the country in Louisville bound Terry Rozier along with another future Cardinal in Anton Gill.  Look for STM guard Duane Notice to rise to the occasion, as he continues to show why he is one of the best available players left on the board.  Also expect Gabe Levin to draw an equally big following of college coaches as one of the best available forwards currently on the market.

The Bobcats are again NEPSAC champions, but they’ll have to end their celebration and move on to the task of defending their National Prep Championship.  There was great balance last week between the interior and perimeter with Elijah Macon and Chris McCullough both playing their best basketball of the year, and Kyle Washington making quality contributions as well.  The perimeter trio of Jared Terrell, Martez Harrison, and Ron Patterson was particularly impressive in Sunday’s final.  Believe is coming off a recent road win over Hargrave and is led by two New York products in Shadell Millinghaus and Leroy Fludd.

This is another rematch of a game played at November’s National Prep Showcase.  Fishburne is one of the deepest and most talented teams in the country but they’ll face a different NMH squad than the one they saw in November now that Pete Miller and Zena Edosomwan are both back in the line-up.  The sub-plot to this game will again be Kuran Iverson and Zach Lewis’ return to their home state with both players looking to cap their careers with a prep school championship in front of the hometown fans, but don’t discount the importance of Josh Hearlihy, who attracts new suitors by the day.