Predictions for the New Year 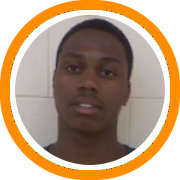 1.  Why Wait?
2 of the top 5 juniors in New England are already committed as Nate Lubick is pledged to Georgetown and Maxie Esho to UMass.  Don’t be shocked if more juniors follow suit and end up making their decision before the end of the school year as Gerard Coleman has already narrowed his list, Carson Desrosiers taken plenty of unofficial visits, and Jason Morris been recruited by the same high major schools for the last two years.

2.  On Second Thought
Sometimes committing early leads to a change of heart late…especially when a coaching change is involved.  The top two players in ’08 both changed their mind in similar circumstances as Devin Ebanks ended up at West Virginia after having previously committed to Indiana and Emmanuel Negedu went to Tennessee, not Arizona.  Currently, 18 of the top 20 prospects on our ’09 board are already committed, but look for that number to shrink before it gets bigger this spring with the inevitable college coaching carousel.

4.  Back to the Ivy Trend
’08 was the year of the Ivy in New England as a record number of players, including a handful of mid-major level prospects, chose to spurn the allure of a scholarship in favor of the Ivy League education.  Look for that trend to return in the class of ’10 as Melvin Ejim, Rod Odom, Hector Harold, Tyler Olander, Laurent Rivard, Joe OShea, Monty Brown, Luke Matarazzo, and many others have the grades to do the same.

5.  Step Right Up
Today’s seniors will be college freshmen come September and some of them will have an opportunity to step right in and make immediate contributions.  With the graduation of Jeff Adrien and the potential departure of Hasheem Thabeet to the NBA, Alex Oriakhi should have the opportunity for immediate minutes on UConn’s frontline.  Kevin Parrom will have a similar opportunity at Xavier with B.J. Raymond and C.J. Anderson both graduating.  Chris Gaston will likely start at the four spot for Fordham on opening night, while Luke Apfeld may do the same at Vermont.  Dave Johnson (Quinnipiac) and Gabe Kindred (Loyola) are two guards who should see plenty of minutes and opportunity for production early in their college careers.