Pomfret Duo off the Board 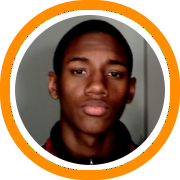 New Hampshire native Aziz Dieng and Cameron Bell from California recently made their respective college decisions.  Dieng a 6’3” forward will head to Brandeis University in Massachusetts while Bell will play at Kenyon College in Ohio.

“I liked Brandeis because it had the perfect fit of academics and athletics.  They are top 30 academically and top 15 in the country for D3 basketball on a consistent basis,” Dieng said.  “My parents stressed the importance of academics. My father is from Senegal and my mother from Germany.”

Playing for Brandeis will also allow Dieng to return closer to his parents and his hometown of Nashua, New Hampshire, after transferring to Pomfret two years ago.

Dieng was first introduced to the possibility of prep school after he and former Pomfret guard Josh Paulino played together with the Boston Soliders on the AAU circuit.

“Pomfret is the best thing that ever happened to me,” Dieng said.  “I was [originally] going to graduate at 17 and immature, now I am graduating at 19 and ready for college.”

Dieng was in the midst of a very successful final season, averaging 15 points, 7 rebounds, and 5 assists per game, before tearing his ACL on January 7th.

“I have already recovered from a femur/MCL injury from four years ago.  This is just another setback,” he said.  “I’m more motivated than ever and either way, Brandeis wanted me.  I told Coach McKoy that I got hurt in practice and he said nothing changed on their side.”

While Dieng heads off to Brandeis next year, Bell will make the move to another top academic school in Kenyon College.

The six-foot-five forward came to Pomfret this year from Los Angeles and has impressed coaches in the area with his ability to play big around the basket but also stretch the defense with his three-point stroke.

He reportedly finished among the top ten rebounders in California last year while staring at Pacifica Christian High School in Santa Monica and is currently averaging 16 points and 11 rebounds per game at Pomfret.

Dubbed a “rebounding machine” by Dieng, Bell also put a premium on academics and found Kenyon to be a perfect fit.