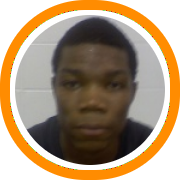 When you struggle to make shots and rebound the basketball, you struggle to win games.  Those were Bridgton’s two problems on Saturday as they were out-rebounded 47-28 while shooting just 34% from the floor.  Conversely, Patterson shot 51% as they capitalized on the talent and depth of their front line to score a number of points in the paint, especially second chance points.  After digging a significant second half hole, Bridgton was able to use some full court pressure to make a little run, but unfortunately for New England fans it was too little too late.  GW bound forward Duane Smith had his second strong game in as many days as he led the Wolverines with 16 points.

When Chris Gaston and Evan Smotrycz perform the way they did today then New Hampton is very difficult to beat.  Gaston in particular was outstanding.  The Fordham bound forward made 14 of his 17 shots from the floor en route to a 31 point performance as he showed tremendous creativity and body control finishing plays within 10 feet of the rim.  While Smotrycz finished with 18 points & 10 rebounds, how he got those numbers were even more impressive.  He knocked down a one-dribble step-back three-pointer, went to the low block and showed a polished jump hook, got to the rim off the dribble a few times, and even rebounded in traffic.  Also notable was role player extraordinaire Eric Dean whose impact doesn’t always show up on the stat sheet but who brings the defensive presence, physicality, and toughness to solidify New Hampton’s bench.

To say it plainly…Shabazz Napier put on a show.  It wasn’t just his seven three-pointers that were so impressive (because we already knew he could shoot) or even the number of big shots he hit (and there seemed to be one every time NMH was in the midst of a run), but it was the point guard’s total floor game as he played all 40 minutes, showed great poise, got to the free-throw line 9 times, and even made a couple of plays off the dribble.  Truth be told, this Lawrence Academy team has flown a little under the radar because of St. Mark’s notoriety in class C, but LA is hugely talented and plenty capable of capturing a championship next month.  Denzel Brito is as versatile of a scoring guard as there is, Daryl Bishop is just the toughest player in New England hands down, and Sarkie Ampin (12 rebounds) and Marcus Grant (a series of deep jumpers) are both much improved from a season ago and now major contributors.  Andrew McCarthy and Hector Harold were bright spots for NMH as they scored 15 each.

This wasn’t a pretty one as both teams were grinding it out on the defensive end.  Dan Jennings was the only player in double digits for St. Thomas More with 10 although Andrew Davis and Abraham Millsap both had some impressive moments.  Sam Markle and Robert Harrigan both knocked down three-pointers in the game’s final minutes to keep STM in striking distance.  Ultimately, NEDA was able to ice the game at the free-throw line in the game’s final seconds.

The most anticipated game of the day turned out to be not much of a contest as South Kent made a major statement by knocking off previously unbeaten Tilton.  Unfortunately questionable officiating played a part in this one, but you can’t take anything away from South Kent.  They played with great purpose and energy for all 40 minutes and put forth a tremendous defensive effort, shutting down Tilton’s big three and forcing them into 22 turnovers against only 5 assists.  While 12 players scored for South Kent it was Mike Burwell who led the way with 22 making shots from the perimeter and getting out in transition.  Xavier bound swingman Kevin Parrom chipped in with 17 points and 6 assists while future URI power forward Ryan Brooks looked very comfortable in his future home finishing plays emphatically, rebounding strong, and even showing range to 20 feet.

The day’s nightcap proved to be a tough test for Notre Dame.  Their lead hovered around double digits for most of the second half until Marianapolis made a well timed run in the game’s final minutes.  When Corey Wright Jr. found Noel Jones for a dunk it cut the ND lead to 59-58 with just over 4 minutes to play.  It looked like MPS was about to score a big upset when they took a 1 point lead at the 2 minute mark…but Notre Dame’s James Southerland had other ideas.  The Syracuse bound forward hit back to back three-pointers, the first spotting up on the left wing and the second a step-back at the top of the key with a huge degree of difficulty, to earn the victory for Notre Dame.  Wright and Chris Flores were the story for Marianapolis as both were able to make shots behind the arc as well as be productive with their dribble penetration.  Sean Kilpatrick led the way for Prep throughout much of the game as he busted his way through MPS’s zone defense with his powerful slashing ability while also showing his much improved perimeter shot.