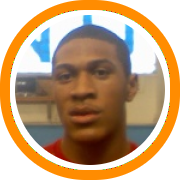 MCI scored their second win in as many days, despite playing the last game of the day on Friday and the first on Saturday.  Hot shooting from the outside was the story as Mitch Rolls connected on all five of his attempts from downtown while Derek Libbey also went 3 of 4.  Rolls and Libbey finished with a team high 17 and 11 points respectively.  David Gebru chipped in with 10 points & 7 boards.  MCI won 57-53.

Lee Academy also finished their weekend unbeaten, after grinding out a win against Stoneridge.  Tim Johnson was the story as the unsigned post-graduate captivated the attention of college coaches with a series of impressive plays en route to a 19 point performance.  UMass bound forward Maxie Esho was only 3 of 12 from the floor, but that included a tremendously athletic play where he came down the middle of the lane and threw it done over a defender.

Brewster Academy built up a substantial lead only to see Humble Life cut it to 2 in the closing minutes behind the playmaking abilities of their Marquette bound point guard Junior Cadogen.  Oklahoma bound big man Andrew Fitzgerald had a big game for Brewster as he was extremely proficient inside the paint and also stepping out to the short corner.  He finished everything inside using his strong frame to create space and then his soft touch to convert, and was also fluid catching and shooting from 12 feet as well as putting it on the floor one time before pulling up.  Derrek Tartt and Reggie Moore iced the game for Brewster at the free-throw line.

Notre Dame ran away with this one as their talent was simply too much for Impact to contend with.  Prep spread the ball around and saw five guys score at least seven points (Sean Kilpatrick 14, Jake Barnett & Jamil Goodwin 12, James Southerland 10, Ron Giplaye 8, and Johnnie Lacy 7).  Unsigned post-graduates Barnett and Goodwin particularly helped themselves with college coaches looking on.  Notre Dame held Impact to 26% shooting in the second half as well.

It was a back and forth battle for all 20 minutes of the first half as the two teams went back into the locker room tied at 29.  But guard play was the difference in the second half as Bridgton’s Malik Stith took over for his team with a series of strong drives to the rim that resulted in easy points for both himself and his teammates.  GW bound forward Duane Smith was also effective in a secondary role for Bridgton as he showed his ability to score inside and out.  The interior duo of Erik Murphy and Nate Lubick were extremely efficient for St. Mark’s when they caught it on the block as they finished a combined 12-17 from the floor, but unfortunately some unforced turnovers proved costly for the class C powerhouse.

Gabe Kindred led the way for Worcester as he scored 20 points on 7 of 9 shooting from the floor, including 3 of 3 behind the arc.  Austin Carroll chipped in with 15 and provided his typical array of quick released long range bombs and heady passes within the offense.  Daymon Warren and Ben Crenca also played well on the inside as both finished with 13 points, Warren showing a series of nice jump hook moves and Crenca finishing plays around the rim.

Both teams entered this match-up a little beat up.  Winchendon certainly had the worse end of the stick as they were missing Sampson Carter, Yves Jules, and Ozan Dilik who were all out with injuries.  Hotchkiss’ Jason Morris was noticeably struggling with a set of bruised ribs, but that didn’t stop him from throwing down a series of thunderous dunks.  Even with their depleted rotation, Winchendon was able to create a tempo that Hotchkiss couldn’t match up with for 40 minutes of action.  David Imes had perhaps his best game in the green uniform as he finished with 22 points and 5 rebounds.  But balance was the key as Akeem Williams had 14 points & 9 assists, Preye Preboyle 11 points, 5 rebounds, and 7 assists, Eric Ferguson 11 points, and Luis Leao 11 points.