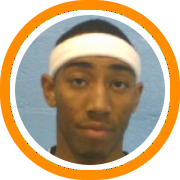 There have been whispers since March that Sean Crawford may end up at Fairfield.  There has been mutual interest since members of the Stags coaching staff watched as Crawford helped guide his Notre Dame team to a run to the semi-finals of the National Prep Championship.  So while it may appear as if the New York City native earned this scholarship during one tournament, the truth is that this is something Crawford has been working towards for quite some time.

He began his high school career at Cardozo High School in Bayside, New York before transferring to Notre Dame two years ago.  When Crawford arrived at Prep he already possessed an obvious toughness and hard-nosed approach to the game, along with a very dangerous three-point stroke.  But there were some obvious question marks.  The first was in regards to his position.  He didn’t really have the size to play anything but the point, although he lacked the temperament to run a team.  The second was his ability to handle the ball, as some people viewed him as a one dimensional shooter.  Despite those limitations, Crawford was still able to find a role on a Notre Dame team that went on to win a National Championship.

When last summer came around, Crawford decided to take the road less traveled.  Instead of going from camp to camp and AAU tournament to AAU tournament like many of his peers who were eager to showcase themselves to college coaches at every opportunity, the feisty guard spent his time in an empty gym working on his game.

The result was that he returned to Notre Dame this year a much more complete player than he was a season earlier.  Not only had he developed the ball skills to play the point guard position and even get to the rim from time to time, but his hard work had also given him a very obvious self-confidence.  When we visited the Fitchburg school in September for an open gym, Crawford was the most outspoken leader on the floor.  He was directing traffic, playing hard on both ends of the floor, and challenging his teammates on every play.  He had also become much more versatile offensively as his ability to attack close-outs and use ball screens forced defenders to play him honestly, which in turn gave him better looks from behind the three-point line.

That confidence and improved skill set prevailed throughout the season as Crawford played a crucial role on the team.  Ultimately, the season culminated in a homecoming of sorts for the veteran guard, as Notre Dame went to Fordham University in the Bronx to defend their national championship.  Fittingly, Crawford played some of his best basketball of the season as Prep knocked off the Patterson School to earn a trip to the semi-finals.  Fairfield University was one of over 100 colleges that sent coaches to scout the event.  And when it was all over it was no surprise that the Stags were interested in the feisty guard’s services.