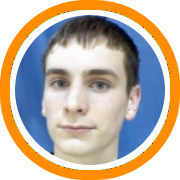 Connecticut Basketball Club had two dominating performances, in both the 17u and 15u age brackets.  Both teams bounced back after disappointing performances last week at the Playaz Spring Fling.  The 17u team dominated the Rhode Island Hawks White team with their full court pressure and transition offense.  Daryl McCoy led the way with 17 points as he ran the court, finished explosively in the open floor, and showed a nice shooting touch from the elbow.  Steven Samuels and Jeremy Moore had 16 a piece as both guards shot the ball well from behind the three-point line.

As for CBC’s 15u team, they picked apart the CT Force with some very unselfish play.  With all 10 players sharing the basketball, it was a fun game to watch as everyone got involved.  Andre Drummond led the way with 16, while Anthony Jernigan had 14, Tavon Allen 12, Fred Wilson 11, Jerome Harris 10, Mike Fraylon 9, and Kevin Rivers 9.  Rohan Brown, Brandyn Benson, Kevin Hoff, and Steve Santavenere also played well.

In the 16u division the Northeast Basketball Club was the first team to catch our eye.  They were without question the hardest playing team we saw tonight as their players were defending hard, crashing the glass, and diving all over the floor.  They also have a very formidable backcourt duo in Mick Kelly and Austin Hatem.  Kelly is a sharp-shooter with deep range, while Hatem got to the rim and showed some toughness by finishing strong inside.

Connecticut Gold and Rhode Island Hawks Red picked up wins in the 17u division.  Gold ran away with their game against the CT Ballers behind a terrific effort from Heyden Palozej who knocked down 4 three-pointers while also playing a very solid floor game.  Uzoma Orchingwa also played a terrific game as he sliced his way through the lane and powered his way to the rim.  The Hawks got good performances out of Esaie Touze and Mason Choice as they were able to fight off a 20 point performance by Spencer Noon to earn the victory.

Two CT Hoopstars teams picked up W’s in the 16u and 15u brackets.  The 16’s had a very balanced attack while the 15’s were led by John Papale with 12 and Ryan Williams with 14.

Stayed tuned to the New England Recruiting Report throughout the weekend as we will be bringing you updates of all the action at the Northeast Hoops Festival.