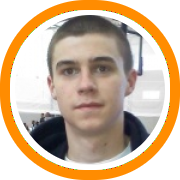 Colby Smith and Zach Karalis have spent most of their basketball careers side by side, and so it should come as no surprise that they committed within days of each other just a couple of weeks ago.

North Andover’s backcourt tandem, both of whom have also starred for the New England Storm AAU program over the years, finalized their plans as Smith committed to Brandeis and Karalis to WPI.

Smith becomes the second commitment in as many weeks for Brandeis, joining Taft forward Kevin Trotman in their 2012 class.
A coach’s son and classic pure point guard, who has all the tools and intangibles to thrive at the helm of a deep and talented Brandeis team over the course of the next four years.

“Brandeis is getting the consummate team player,” said New England Storm director Rick Gorman.  “Colby is a pass first point guard who makes his teammates better.  Colby is also one of the state’s best on-the-ball defenders.”

Karalis has been one of the beneficiaries of Smith’s passing in recent years as the six-foot-three swingman is well known for his ability to put the ball in the basket.

“WPI is getting one of the best players in the state,” Gorman said.  “[WPI head coach] Chris Bartley and his staff worked very hard on this commitment and I feel strongly that Zach is going to have a very solid career.”

Karalis will join another New England Storm product in Sam Longwell, who is currently completing his freshman season with the Engineers.

Smith and Karalis mark the fourth and fifth members of last summer’s Storm team to finalize their college plans, joining: Masconomet guard Adam Bramanti who committed to Stonehill during the summer and signed his National Letter of Intent in November; Westford Academy guard Matt Ellis who committed to Endicott in October; and Phillips Academy big man Thomas Palleschi who made a verbal commitment to Tufts after being accepted early decision.