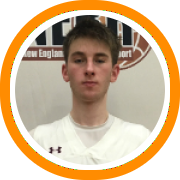 Krystkowiak is a skilled 6-foot-10 big man and the son of Utah head coach, and former NBA player, Larry Krystkowiak.

He ran with Utah Prospects Exum Elite on the Adidas Gauntlet last spring and summer.

Despite his size, skill, and genes, Krystowiak still arrived at NMH this fall with relatively little division I recruitment but that quickly changed once college coaches began arriving for open gyms as his talent and long-term potential led to multiple suitors in both the Ivy and Patriot Leagues with offers extending as high as the Atlantic 10 Conference.

He became a top target for a number of those schools as they continued to recruit him throughout the winter.

"After a lot of thought, I have decided to commit to Dartmouth College to play for Coach McLaughlin," Krystkowiak said. "I know I will get a great education and degree and also have the opportunity to play division I basketball at a high level. I'm super excited for this next capter in my life and am confident that we will do big things these next few years!"

While Krystkowiak has made great strides during his year in the prep ranks, there is no denying that his best basketball remains in front of him. He's a late-bloomer who is skilled across the board - he shoots it to three, handles it well for his size, and is a very good frontcourt passer - but is only just beginning to fill-out his frame. Once his body starts to catch up with his skill, he has a chance to blossom into a very good player for the Big Green.