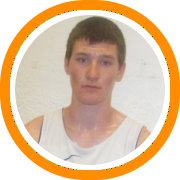 We continue to break down the NHIAA’s top prospects. Next up is the Class of 2014:

Patrick Welch, Pembroke Academy – It’s hard to ignore the fact that Welch averaged 20 points a game last year as a freshman, and he did it for a team then went 18-3. Welch is a lightning quick 6’0” two-guard who can flat out shoot the lights out, and is just as good at hitting shots off the dribble as he is off the catch. At Pembroke he plays for Matt Alosa (one of the best guards to ever come out of NH) and he has been learning the game from him for years now. Welch is a smart player and a hard worker. He can play the game at a fast pace and thrives in an up-tempo style of play. He can shoot and handle the rock as well as anyone in the NHIAA.

Collin McManus, Bedford HS – McManus is a sturdy 6’9” center with a ton of upside and good work ethic.  At the Elite 75 a couple months ago he more than held his own when matched up with Jacquil Taylor, one of the region’s top big men in this class. McManus is a hard worker and is a capable rebounder and shot blocker. His footwork and post moves need work but he is rapidly improving in those areas as well. He runs the floor well for a kid his size and is not afraid to be physical and battle opposing bigs inside for position.

Roger Larrivee, Bedford HS – Another intriguing player from Bedford High with lots of upside. Larrivee. Is a 6’6” face-up four man who is an above average shot blocker. Offensively he can face up from beyond the arc and either put the ball on the floor and go by his man or knock down the open three.  While Larrivee still needs work defensively and becoming a more consistent player he has much potential with his combination of size and skill.

Eric Gendron, Merrimack HS – Another player who started last year as a freshman on one of the NHIAA’s top teams,  Gendron is 6’2” and has the versatility to play the 1, 2 or the 3. His outside shot is rapidly improving but still needs work. The strength of Gendron’s game however is slashing to the basket. He’s quick off the dribble and has a tight handle, which allows him to get by his man at will, and he also leads the break effectively by getting the basketball up the floor in a hurry. Gendron has good toughness and the ability to make athletic moves in the paint and finish through contact.

Tim Preston, Nashua High South – A true point guard, Preston is a quick, fundamentally sound player who looks to set his teammates up but is also more than capable of scoring the basketball himself. He plays the game at a fast pace and is always making plays, yet at the same time he makes good decisions with the basketball and never seems to force anything. The 5’10” Preston can get by his man off the dribble with good quickness and a smooth crossover and makes some nifty finishes at the rim and dishes.

Jake Vaiknoras, Pelham HS – Vaiknoras is a wing player who is tough as nails. He’s quick enough to play on the perimeter, and he also has the strength and toughness to play in the paint as well, despite only being 6’0”. Vaiknoras got big minutes last year for a very good Pelham team. He was primarily a defensive specialist on that team, since he’s possibly the best defender in this class. Over the summer though he developed his offensive game, and he has added a much improved jumper to his arsenal.

Carmen Giampetruzzi, Trinity HS – In an age of increasing specialization in high school sports, Giampetruzzi is the rare breed who not only plays but stars in three different sports. The 6’2” wing player (who also plays football and baseball at Trinity) is a sharpshooter who is not fazed by the big stage, as he hit some clutch shots last year as a freshman in the state semi-finals.

Chris Doyle, Winnacunnet HS – Doyle is a scrappy wing player who can shoot the basketball and also get to the rim off the dribble. He can score the ball in a variety of ways but also plays unselfishly. For a guard he is also a very good rebounder, and is not afraid to battle inside for points and rebounds. The 6’0 Doyle also has a solid mid-range game.

Dawson Dickson, Manchester Central HS – Dickson is a 5’7” point guard who can drive-and-dish the basketball and also hit the outside shot. He has good quickness, a good handle and can finish inside.

Patrick Keefe, Trinity HS – The son of Trinity head coach (and former Merrimack College player) Dave Keefe, Patrick is a 5’10” two guard who excels when getting out on the break ahead of the basketball and finishing in transition, either by hitting shots or finishing at the rim. Keefe is an explosive athlete with good leaping ability.

Andrew Lechner, Pinkerton Academy – The versatile Lechner can play inside our out. He can hit shots in from the outside and the mid-range area, and is also an above average shot blocker. The 6’2” wing player can defend multiple positions and is also a hard worker.