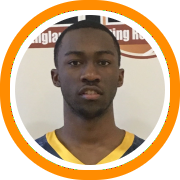 Yesterday, Zack Sandberg and Luc Smith released the final edition of their Prep Transfer List, featuring players who are either arriving or departing New England to enter into prep school.

Today, they take those 350+ players and provide us with their list of the top 10 transfers to New England in the class of 2018 (presented in alphabetical order):

Buddy Boeheim, Brewster Academy - The son of Syracuse head coach Jim Boeheim recently committed to play for his father following his year at Brewster. A true senior, Boeheim was one of the best overall shooters in the EYBL this season while staring for the Albany City Rocks.

Kevin Buckley, Cheshire Academy - Buckley is coming north from Florida and has taken his recruitment to new levels in recent months after scoring an offer from Rutgers last May. He'll play a leading role at Cheshire from day one this year.

Derek Culver, Brewster Academy - A member of the ESPN 100 in the national class of 2017, Culver signed with West Virginia but will be making a quick stop at Brewster for the year before moving on to play for Bob Huggins next season.

Keenan Fitzmorris, New Hampton School - NHS landed their latest product from the KC Run GMC UAA program in this 6-foot-11 forward who committed to Stanford earlier this summer and will join the Cardinals following a year in the NEPSAC.

Jonathan Kabongo, Putnam Science Academy - The younger brother of former Texas star Myck Kabongo, Jon is in the final stages of rehabbing a back injury that has plagued him since last season. Now only weeks away from returning to the court, coaches will be anxiously awaiting his return.

Noah Kirkwood, Northfield Mount Hermon - Kirkwood was part of the Canadian national team that shocked the USA at the FIBA World Cup in Egypt this summer before going on to win gold. He owns high-major offers but is also being pursued by top Ivy League programs.

Isaiah Mucius, Brewster Academy - The PSA Cardinals forward is another member of the ESPN 100 and been one of the most heavily recruited forwards in the northeast region for several years. His current list of suitors includes Wake Forest, Xavier, and UConn among a host of others.

Miles Norris, Brewster Academy - Another future Pac-12 product, Norris is already committed to Oregon. The Ducks won an early recruiting battle to land the ESPN 100 product and one of the top overall prospects on the west coast.

Adrien Nunez, St. Thomas More - He was one of the northeast's biggest stock-risers this summer with offers from Penn State, VCU, St. Joseph's and numerous others. With the high-major radar now firmly locked on him, Nunez will headline STM's roster this season.

Luis Rodriguez, Woodstock Academy - Like Norris, Rodriguez is also a product of the Earl Watson Elite AAU program in California. He's already added an offer from UMass since arriving in New England and has Pac-12 schools travel cross-country to see him play.