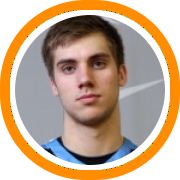 New England continues to be the nation’s capital for prep school basketball and that means that the region will welcome another host of top incoming prospects this year.  Here’s a look at ten new names local fans will need to know in the coming season:

The sharp-shooter from the west coast is taking a brief trip to the northeast before returning home to play in the Pac-12 next season.  He’ll be one of AAA’s top marksmen but likely won’t even start for the Bobcats.

The Maryland native turned down an opportunity to stay close to home and star for the Terps in the ACC in order to spend his post-graduate year with the Huskies.  He’ll be critical to their success in the coming year.

The repeat sophomore got a jump start on making a name for himself this summer with starring performances at the Super 16 and Elite 75 Showcases, showing why he is expected to be the best of the newcomers in 2017.

The highly skilled wide-bodied forward is one of the biggest mismatches in the country and already pledged to Georgetown where he’ll follow in the footsteps of another recent Brewster product, Isaac Copeland.

Another skilled forward for the Brewster frontline, Illikainen is a top 100 national prospect according to ESPN.com who cut his list to just four schools on Tuesday in Iowa, Minnesota, Oregon, and Wisconsin.

An absolutely explosive athlete and highlight reel waiting to happen, McLean has been an honorary New Englander in recent years while competing with Hoosac in the NEPSAC, but he’ll be front and center in Western Massachusetts this year.

A big lead guard with terrific floor vision and passing ability, Simon is already pledged to Arizona.  First though he’ll run the show for what will likely be the nation’s best backcourt with Jalen Adams and Donovan Mitchell.

He’s made plenty of local appearances of his own including the 2013 Super 16 Showcase and 2014 Northeast Hoops Festival, but now the top 20 national prospect is here to stay, bringing his long line of offers along with him.

The St. Louis native was committed to the hometown university, Mizzou, until very recently and now arrives for his post-grad year ready to start from scratch.  He’ll be critical for a very talented Vermont Academy squad.

The Indiana native is one of the most talented players that Bridgton has had in the last few years and will get to be a centerpiece for this year’s Wolverines squad before heading to St. Louis to star in the Atlantic 10.