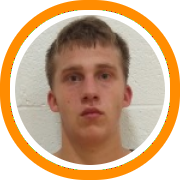 New Hampton School post-graduate forward David Dileo made a verbal commitment to Central Michigan on Tuesday and was expected to sign his National Letter of Intent before the end of the day as well.

The skilled 6-foot-7 forward had been particularly impressive this fall and looked poise to see his recruitment continue to grow during the coming season but ultimately felt comfortable making his decision just prior to the conclusion of the early signing period.

He projects as somone who could be capable of playing either forward position at the next level, especially given Central Michigan head coach Keno Davis' affinity for using skilled players at both the three and four spots.

A native of Iowa City (IA), Dileo is now set to return closer to his midwest home following the completion of his post-graduate year in the prep school ranks.