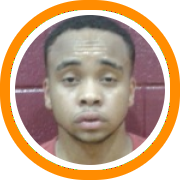 Top seeded Salem left little doubt about who the top team in New Hampshire was as they handled #2 Trinity 66-45 in Saturday’s final.  Junior guard Josh Jones continued to lead the way for the Blue Devils as he scored a game high 19 points.  He was particularly impressive during a stretch of the third quarter when he single handedly rattled off 11 straight points, including 3 three-pointers, as Salem built up a commanding lead that wouldn’t be seriously threatened for the rest of the game.  Mark Kimball also played well as he scored 17 points and grabbed 8 rebounds while Shawn Stoodley chipped in with 13 and 11.

But the real story in this game may have been the Blue Devil’s dominance on the glass as they out rebounded Trinity 37-15.

The victory completes an undefeated season for Salem who finished with an overall record of 22-0.

Last season Hanover was the Cinderella story of Class I as they plowed through the tournament field despite being the #10 seed.  This year they entered the post-season as a bit of a favorite as the defending champs and the 4th seed.  But in the Class I final they ran into a team that reminded them of themselves.  Monadnock entered the championship game on a hot streak as the 10th seed has recently knocked off #2 Portsmouth and #3 John Stark.

After trailing by 7 at the half, Monadnock locked down defensively, thanks to the interior duo of 6’7” Nik Nikiforakis and 6’6” Nicco DeMasco.  Stepping up on the offensive end was senior Jeff Pelkey who scored 18 points and made play after play down the stretch.

Ultimately Monadnock claimed a 42-34 victory in the school’s first ever trip to the state finals.

In New Hampshire’s other two state finals top seeded Conant took class M with a 55-48 victory over Newmarket while Wilton-Lyndeborough fell to Colebrook 68-52 in the class S final.