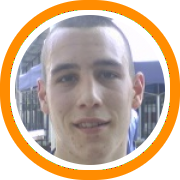 On a national level the strength of New Hampshire basketball is often perceived to be in their prep school programs.  With places like Brewster Academy, New Hampton, Phillips Exeter, Tilton, Holderness, and Kimball Union Academy there is always a wide variety of prospects for college coaches to consider.  However, on a local level the interest certainly remains with schools that compete in the NHIAA.  So here is a look at ten of those programs that are hoping for big things this year.

Salem:  Four starters are gone from the team that won the class L state championship with a last second three-pointer.  Junior Josh Jones is the lone returning starter but he appears poised to handle being the go to player as he dropped 30 on Timberlane in the season opener.  Another guard, Michael Kimball, scored 26 in that game and may emerge as the second scorer the team will need to duplicate their success from a season ago.  However, with an abundance of three-point shooters, the offense should take care of itself.  The defensive end is where the newcomers will have to prove themselves in order for Salem to take down the big boys.

Trinity:  The sting of last year’s state championship defeat is still fresh in the minds of this team after falling in heart breaking fashion.  Ryan Bougeois and Richard Madol form a valuable 1-2 scoring punch that should headline the team’s offensive attack.

Manchester Central:  Doc Wheeler’s squads are always to be reckoned with and this year should be now different.  Junior guard Will Bayless is back to run the point and is one of the best juniors in the state.

Nashua South:  They return only two starters from a team that went 16-5 and advanced to the Class L semi-finals.  But Dan Feehan and Josh Ramos form a solid backcourt that should be the strength of this team.  With no player bigger than 6’3” on the roster, toughness and interior defense will be the keys.

Nashua North:  After a disappointing season last year, Nashua North will have to make due without their big man until February, as John Murphy recovers from knee surgery.  Michael Salis returns to run the point while Aziz Dieng should be ready for a break-out year.  Brad Zapenas and Kyle Pederzani are also expected to make significant contributions.

Spaulding:  The team advanced to the Class L quarterfinals for the first time since 1991 last year.  Lucas Croteau returns for his senior season after putting up huge numbers in his junior campaign (27 ppg, 8 rpg, 4 apg).  Since that time he has had a huge summer on the AAU circuit and committed to Southern New Hampshire.

Londonberry:  If they’re going to make a run this is the year, as they have a senior laden team.  They have as much size as anyone with 6’6” Ryan Griffin, 6’4” Bobby Wunsch, and 6’3” Tom Tierney.  Matt Travalini will anchor the backcourt.

Bishop Guertin:  All five starters are gone from last year’s team but there is still plenty of talent on hand.  Jamie Zayjac is a well rounded guard who should be ready to take the reigns as the team’s floor general, while Oliver Hunter could emerge as the team’s go-to scorer.

Conant of Jaffrey:  The two-time defending class M champions appear poised for a three-peat with the return of 6’7” Kyle Wood along with Brandon Kear and Steve Record.

Gilford:  Last year’s runner-up in class M hopes to do one better this year.  They feature the NHIAA’s only division I committed player in shooting guard Kirk Crecco who is on his way to Dartmouth.  Eric Dean should also provide significant contributions from the forward spot.