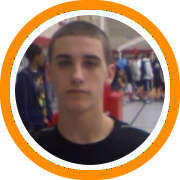 Class I, NH’s second-largest division has been topsy-turvy in recent years. Two of the past three champions entered the tournament as the #10 seed, and last year’s winner was 6th ranked Portsmouth. That makes it easier to fathom how this year’s favorite is a team that not only failed to make it to the semi-finals a year ago, but also lost their best player to graduation. Below is a breakdown of Milford, as well as the other top teams in Class I.

Milford – The Spartans are the consensus top team heading into the season. Although they graduated Jasmin Handanovic, who was a 2009 first team All-State player and a 1,000 point scorer, the return plenty of talent. This year’s squad is led by the best trio of guards in the entire state in Mike Mitchell, Jamie Holder and Mike O’Loughlin. All three players are only juniors, but are extremely talented, and can put up points in a hurry. All three played high level AAU ball over the summer with the Granite State Jayhawks and Mass Rivals, respectively. Milford also returns two other key contributors from last year in senior guard Kevin Cyr and junior forward Kyle Nelson.

Pelham – Pelham has been a perennial contender in Class I ever since they made the jump from Class M a few years ago. Last season they lost in the title game to Portsmouth. Like Milford they also lose their best player to graduation. Justin Hojlo led the state in scoring last year with over 28 point per game, and now takes his game to Plymouth State. This year the team will have a more balanced offensive attack, and like Milford, Pelham will also be led by juniors. Forwards Stephen Spirou and Michael Lombard gained some valuable experience during last year’s title game run, and look to lead the Pythons back to UNH once again this season.

Oyster River – The Bobcats have also been a consistent Class I contender in recent years. They have been able to lose quality players and reload, and this year is no different. Gone are starters Tony Brownell, Zack Benuck and Jesse Brown. But the team returns a pair of talented seniors in guard Tommy McDonnell and forward Jack Nadeau. At 6’2”, McDonnell has good size at point guard, and Nadeau is a versatile 6’4” player who can score inside and out.

Pembroke Academy – Pembroke is another team that has been a tough out year after year, especially since former UNH guard Matt Alosa took over as head coach two years ago. Not only did Pembroke graduate three starters, but they also had another one of last year’s starters move. Taylor Vasquez, a junior guard moved to Virgina in the fall. Luckily for Coach Alosa, he has one of the Class’s best players returning in senior guard/forward Sheldon Benson. Benson is one of the state’s most versatile players, at various points in a game he’ll play each of the five positions for the Spartans. The team also has one of the state’s best freshmen, guard Rene Maher, and guard Colton Neely, who sat out last season.

Portsmouth – Last season’s champs were hit hard by graduation. They return just one starter, and they lose five of the seven players in last year’s rotation. The good news for them is that graduation and transfers hit many Class I schools hard. And Jim Mulvey’s team also has a pair of talented sophomores ready to step up. Point guard Billy Lane is one of the fastest players in the state, and wing Kyle DiCesare has a good all-around game. They join returning starter Mike Barton, a senior guard/forward, and senior forward Mike Montville.

Souhegan – With so many of last year’s top teams being hit hard by graduation, Souhegan is one team that was not. They have some talented players coming up from a JV team which went 17-1 last year, and that’s why they’ll be vastly improved from their 6-12 record in 2008-2009. The Sabers will be led by sophomore guard/forward Devin Gilligan, junior guard Seth Cordts and junior forward Ryan Redmond.

Hanover – Hanover won Class I three years ago, and they are always competitive. They also return their best player off of last season’s squad, junior guard Sam Carney. Carney is a tough player and a good scorer. Hanover is a solid defensive team with good size, led by 6’7” center Keegan Dufty.

Lebanon – The Raiders were a top eight team a year ago, and they return two of their top three players. Guard Dillon McCarthy and forward Jake Woodward are both seniors and will be relied upon to lead this team to the promised land.

Bow – Here’s another team that will look to take advantage of other team’s graduation losses. Bow struggled last year, but they return the majority of their talent. They’re led by one of the state’s best centers, senior Tom Poitras. Potras is a 6’6” player who can score and defend extremely well. The supporting cast is led by junior guard Connor Hill.

Other Teams to Watch

Bedford – The transfers of Connor Green and Jared Fahmy hurt this team, but for a program in just its second year playing varsity ball they’ll be competitive.

Bishop Brady – Tyler Penney and Eric Feehan give Bishop Brady a pair of talented senior forwards to build around.

Merrimack Valley – This team will be led by another good 6’6” center in Kevin Cressy. Neely played with Merrimack Valley all summer, but instead will be playing for Pembroke.

To read more of Jeremy Leveille's input and analysis on New Hampshire high schools spots check out his website at www.nhnotebook.com.