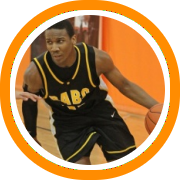 The pre-season rankings are in and it should come as no surprise that Tilton’s Wayne Selden is ranked as the top rising senior in New England.  The six-foot-five swingman is a well known product beyond New England’s borders, currently checking in as the 13th ranked prospect in the ESPN 100, putting him in prime position for the McDonald’s All-American game.

Dayshon Smith jumps all the way up to the third spot after a big summer, but he’ll continue to battle it out with other local guards like Rene Castro (4th), Jaylen Brantley (6th), Kahlil Dukes (8th), and Daquein McNeil (9th) who all finished within the class’ top ten prospects.

Andrew Chrabascz is another player who jumped up in the rankings after a big summer.  The six-foot-seven forward has long been one of the most productive players in the region and ended up with arguably more division I recruitment than any other player in New England before committing to Butler earlier this month.