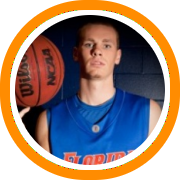 Day two of our March Madness preview takes a look at the Southeast bracket which includes ten players with New England roots.

#1 Pittsburgh – The top seeded Panthers have a pair of former South Kent swingmen in Gilbert Brown and J.J. Moore.  Brown is a multi-year starter, one of the Big East’s premier defenders, and a much improved scorer averaging 11 points per game and shooting over 40% from the three-point line.  Moore has been brought along slowly but proven himself a capable sparkplug off the bench, scoring 19 points against North Florida earlier this year.

#5 Kansas State – Sophomore center Jordan Henriquez-Roberts spent a year at the Winchendon School two years ago before heading to Kansas State and now he provides a defensive sparkplug for head coach Frank Martin as the team’s leading shot-blocker.  One of the Wildcats top players along the frontline is former UConn big man Curtis Kelly, who has resurrected his career since arriving in Manhattan.

#6 St. John’s – Steve Lavin inherited a team with five New England prep products, three from Bridgton Academy and two from South Kent.  Paris Horne has played the most prominent role, playing 28 minutes per game and scoring 8 points, while former teammate Justin Burrell averaged 6 points and 5 rebounds off the bench.  Dele Coker, and Malik Stith both see consistent minutes in the rotation while Rob Thomas has been sidelined for the season.

#11 Gonzaga – The Bulldogs began the season with Keegan Hyland on the roster but are left without any New England representation following his mid-season transfer.

#3 BYU – Brewster Academy’s Charles Abouo starts at one of the forward spots for BYU.  One of the Cougars’ most versatile defenders, he is also capable of being an offensive spark plug as he has shown by topping the 20 point plateau twice in the last ten games.

#2 Florida – Sophomore big man Erik Murphy has been one of the first big men off the bench for the second seeded Gators all year long.  With an inside-out skill set, Murphy has been able to score in the paint while also stretching defenses by shooting 41% from the three-point line.