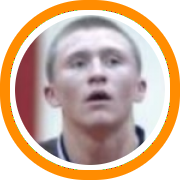 There were many story lines at this year’s Elite 75 showcase.  One was certainly the cream rising to the top as Jamal Coombs, Alex Oriakhi, Nate Lubick, Tyrone Gardner, and Chris Prescott all solidified themselves among the region’s elite.  But another was the depth of the field as virtually all 75 participants are likely scholarship level players down the road.  A final headline could be the emergence of players like Kevin Donahue, Mike Accaoui, and Steve Zazuri as all three not only proved they belonged in this group but excelled throughout the day.

One of the reason’s why the Elite 75 Showcase doesn’t hand out an MVP award is because it would be too difficult of a task.  For example if that award went to the most consistently impressive player on the day it likely would have been a toss up between Jamal Coombs and Nate Lubick.  Coombs was as good as we’ve ever seen him scoring in a variety of ways and being generally assertive on the offensive end.  Similarly, Lubick was alternating between flying high above the rim for transition dunks and knocking down quick released three-pointers in a half court set.

If the award went to the player who turned in the best individual performance in a single game then certainly Tyrone Gardner’s high of 26 points would have qualified as would have Alex Oriakhi’s play in the open run versus college players.  Gardner was impossible to stop and wasn’t even shooting the ball as well as he normally does (now that says something).  Oriakhi couldn’t be stopped in the post by anyone…not even Jeff Adrien of the UConn Huskies.

If the award were to go to the most important player on the team with the best record then Chris Prescott and Stevie Mejia would have to be considered as both were outstanding en route to leading their team’s to undefeated records.  Prescott was not only knocking down threes but he was pulling up in the mid-range and finishing above the rim as well.  Mejia is just a flat out winner who does whatever is necessary to get the job done.

If picking an MVP would have been impossible then picking the All-Star team must have been next to impossible as so many players managed to emerge over the course of the day.  The most noticeable may have been RJ Evans.  Although he is best known for his outside shooting prowess today he showed he can be equally effective putting the ball on the floor as he scored at will throughout both of his games.

Mike Myers-Keitt is a player who seemed to do a little bit of everything.  He showed a one dribble pull-up that is almost unstoppable thanks to his long frame and ability to stop on a dime, an ability to handle and pass the ball like a point guard, as well as the capacity to rebound like a big.

Speaking of being able to handle like a guard how about 6’7” Gabe Fumudoh showing off his perimeter skills as well as his athleticism in the open floor.  But if you want a big man who doesn’t stray away from the post look no further than Ben Crenca and John Hegarty.  Crenca showed a full repertoire of offensive moves today with spins, sikma pivots, and hook shots with either hand.  Meanwhile Hegarty didn’t need too many moves because he simply dunked every ball he touched.  The bottom line was no one on the floor had the strength to stop him when he was allowed to catch the ball deep in the paint.

Bridgton bound big man James Marcellus was a rebounding machine today as he played with a good amount of passion.  If he can keep that up over the next few months he is a potential mid-major player.  Fellow big man Nick Greenbacker is an old school big man who does little things that fans may not notice but coaches do.  In fact quite a few members of the event coaching staff were remarking about Greenbacker’s importance to his team’s success during the day.

Chris Baskerville is a blue collar power forward who outworks almost everyone on the court and gets the job done.  The future Central Connecticut Blue Devil didn’t get a lot of touches in the post but that didn’t matter as he got the ball off the glass and by running the floor in transition.  His CBC teammate, Stanford Dulaire, is another player who excelled in transition.  Not only did he show his customary explosive finishes but he also made a couple of nice passes on the break as well.

Janzy Cruz picked up right where he left off this summer as he was again impressive.  When he gets a head of steam he is almost impossible to keep in front as he knifes through a lane and finishes himself or dishes to a teammate.  Raheem Singleton is another guard who had a terrific day.  His all-star selection was clearly well deserved after the powerful guard made statements in each of his two games.

Singleton’s Boston Elite teammate Aaron Williams saved his best for the open run against the college players.  Williams was relentless attacking the rim, especially in the open floor, and found ways to put the ball in the basket.  Tucker Halpern took an alternate approach bombing away from down town.  The scary part was he was shooting with only one good hand as he is still feeling the effects of a thumb injury during the month of July.  Speaking of shooters Halpern, Austin Carroll, Mike Marra, and Candon Rusin are four of the best deep range shooters we have seen in a long time.  These guys are really on another level in terms of their ability to stroke the ball.

Tevin Baskin continues to be a bright young prospect.  He may have been the best defensive player in the camp.  Not only is he quick enough to keep a guard in front of him on the perimeter but he is big (6’7”) and strong enough to guard the block more then adequately as well.

In terms of players emerging there were quite a few of those as well.  Kevin Donahue had to be the most noticeable.  The lefty point guard was firing away from three-point range with very impressive accuracy as well proving the critics wrong as he also showed he could get to the rim and finish against contact.

And how about Mike Accaoui?  After getting some openings jitters out of his system he couldn’t miss in his second game of the day.  As he enters his junior season at St. Andrew’s he appears to be a man on a mission to prove he belongs in the same breath as the region’s best players…and today he made believers out of many people in attendance.  Another point guard who stepped up was Brett Tessler.  Prior to this summer not many local people knew about him since the Connecticut native attends IMG Academy in Florida during the school year.  But now the player who looks and plays a little like Steve Nash is well known in these parts after impressive performances at the Reebok Headliner Camp and Hoop Mountain Academic All-American Camp before today.  Steve Zazuri was impressive fresh off his commitment to Sacred Heart.  The point guard seemed to relish playing alongside athletic wings as he was an assist machine in the open floor today.

As far as big men go it was hard to ignore the emergence of Matt Labove.  At age 16 he has a great physical frame and strength.  Not only that but he showed a fairly soft touch around the basket and didn’t try to do anything that he wasn’t capable of (which is something most big men never figure out).  Thomas Knight wasn’t dominant today but he showed the flashes of brilliance that have made him so intriguing to prep schools and colleges alike.

On the wings young players like Cory Andrews and Dominique Langston made statements with their ability to get to the rim in a variety of situations.  But what was especially impressive about these players was an increased skill level as both could be seen knocking down an occasional jumper from time to time.

Meanwhile we liked what Matt Brown did today as well, as the young swingman attacked more then we had seen him do recently, only settling for the outside shot on rare occasions.  Denzel Brito is another young wing who proved he could hang with the big boys.  With his high skill level if he can stretch another few inches out of that frame he has the potential to be very good in a few years.

Overall it was an outstanding day of basketball.  A special thanks to all the players, parents, coaches, and media members who were in attendance.