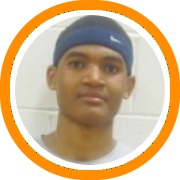 Throughout the course of the last ten days we’ve updated senior/post-graduate class rankings in each of the six New England states.  Today it is the time to take a collective look at New England as a whole.

The 2013 class has proven to be a unique one, because even with the annual arrival of talent to the prep school ranks, the vast majority of the top ten prospects (seven to be precise) have now played in New England for more than one year.

Consequently, there isn’t much movement atop the list where Noah Vonleh and Wayne Selden still set the standard for the rest of the region.  Kyle Washington continues to hold down the third spot while his running mate along Brewster’s frontline, Elijah Macon, is the first newcomer to debut on the list in the fourth spot.  Another Brewster Academy product, Syracuse bound guard Ron Patterson, rounds out the top five.

Rene Castro (6th) and Dayshon Smith (8th) headline a long list of talented guards in the region while new faces including Travis Jorgenson and Shane Rector join a familiar group of perimeter playmakers in Jaylen Brantley, Kahlil Dukes, and Daquein McNeil, all of whom find themselves ranked among the top 15 prospects in New England.

Zena Edosomwan debuts in the 7th spot but the Harvard bound big man could very well play his way up this list once he gets healthy and back into mid-season form.  Cushing Academy’s Andrew Chrabascz and Notre Dame Prep’s Jamel Artis are two more frontcourt prospects in the top ten.

In total, the updated New England 2013 rankings include 50 prospects, all of whom are either currently committed to, or have received an offer from, a division I school.  The reality is that the list of division I prospects in our region is an extremely deep one this year, and so there is lots of basketball left to watch with little more than two months remaining in the high school and prep school season.

To view the New England 2013 rankings in their entirety, please click here.